Life often unfolds in unexpected ways. For some, like Jakko M. Jakszyk, it has taken some truly surprising twists and turns. That the 62 year-old multi-instrumentalist, vocalist and songwriter has attained considerably greater visibility in the last ten years than in the previous 35 has, to say the least, righted a significant wrong. Which makes the release of Secrets & Lies, Jakszk's first solo album since the The Bruised Romantic Glee Club (Iceni, 2006) and its 2009, self-released companion piece, ... 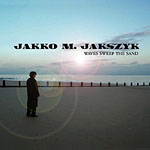 It's rare that an album of outtakes and rejected music not only succeeds, but actually hangs together as a cohesive work in its own right. As the only member of 21st Century Schizoid Band (performing late-1960s/early-1970s-era Crimson repertoire) who wasn't a King Crimson alum, Jakko M. Jakszyk not only handled the daunting challenge of Crimson co-founder Robert Fripp's guitar parts, but lead vocals as well. Jakszyk emerged as a confident and compelling leader on The Bruised Romantic Glee Club (Iceni, ... 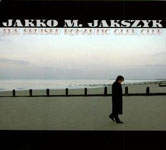 He's been around for three decades, but British guitarist/multi-instrumentalist/vocalist Jakko M. Jakszyk has operated below the radar for the most part. His biggest break in visibility was touring with Level 42 in the early 1990s, but in recent years he's better-known as the guitarist/vocalist for the 21st Century Schizoid Band, a collective of King Crimson alumni who have revived material from that band's early years. He's also recorded material as a leader, but much of it remains unreleased, making The ...