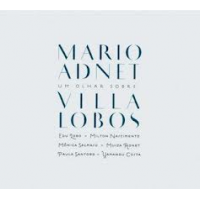 The music of Brazil is generalized with sambas and bossa novas and visualized by the colorful carnivals the country is so famous for. But Brazilian music also has a sophisticated presence, traced back to the influential composer Heitor Villa-Lobos (1887-1959) and his prolific compositions known for melding indigenous and folkloric songs and rhythms with European classical music. Mario Adnet, award winning composer, producer and arranger--recognized for his enduring association with Moacir Santos and Antonio Carlos Jobim- went back to his ... 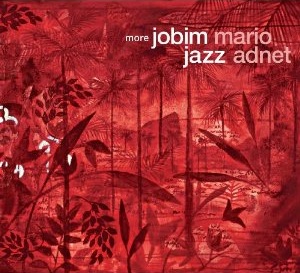 With More Jobim Jazz, Brazilian guitarist Mario Adnet continues his tribute to fellow countryman and songwriter Antonio Carlos Jobim. The second volume of music from the legend's songbook, this installment includes some familiar songs like “Wave," and “Bonita," among thirteen superb selections, and follows the same recipe used on Jobim Jazz (Adventure Music, 2007), originally inspired by what would have been Jobim's 80th birthday in January, 2007. Adnet transforms Jobim's compositions, infusing the rich Brazilian style with strong elements of ... 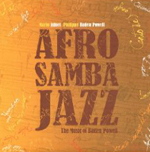 Afrosambajazz: The Music of Baden Powell celebrates the most influential Brazilian guitarist of all time and his collaboration with songwriter Vinicius de Moraes. Baden Powell's son Philippe, an acclaimed pianist in his own right, has joined forces with Brazilian guitarist Mario Adnet on this fine tribute to Baden--and the influence that legendary Brazilian songwriter and arranger Moacir Santos had on him. Inspired by the first Os Afro Sambas albums of 1966 and beyond, Philippe and Adnet interpret Baden's explorations of ...