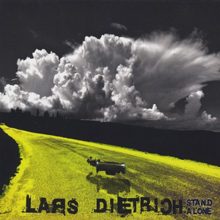 Genuine solo albums are hard to come by. For far too many musicians, a solo album is simply one where none of the collaborators get their names on the front cover. The real thing can have many benefits for the soloist--no other musicians to pay, no awkward clashes of egos, no breaking up over musical differences. But the buck very definitely does stop with the guy whose name is on the cover. On Stand Alone, the buck stops with Dutch ...

Meet Lars Dietrich: Born in Amsterdam, Netherlands, Lars was introduced to the saxophone at the age of 10. After performing a duo TV show with famed jazz pianist Herbie Hancock, Dietrich decided to pursue a career in music. At the age of fifteen he got accepted to study saxophone at the Conservatory of Amsterdam. In 2005 after completing his Masters in Music degree in Amsterdam Lars received a full scholarship from Manhattan School of Music, Dietrich moved to New York ... 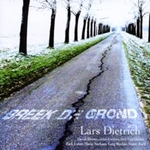 A member of the stellar young jazz group called The Story, Amsterdam/New York saxophonist, Lars Dietrich delivers this fine debut which displays his acumen as a leader and composer. The young alto saxophonist earned a reputation in The Netherlands with local musicians and also impressed Herbie Hancock with his compositional skills when the two performed together on a local television show. Excelling in music academia, honing his chops on varied bandstands that have included Billy Hart and Dave Liebman, Dietrich ...