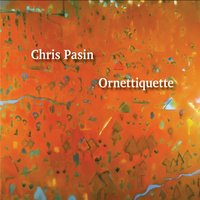 Included on an album dedicated to the legendary Ornette Coleman, it is “Ghosts," a composition by saxophonist Albert Ayler. Trumpeter Chris Pasin assembled an impressive collection of musicians to record Ornettiquette with Karl Berger and vocalist Ingrid Sertso, both connected to the 1960s revolution through their work with Coleman and Don Cherry. In addition, there's saxophonist Adam Siegel, drummer Harvey Sorgen, and heavyweight bassist Michael Bisio.The Ayler connection is arrived at here from Don Cherry's tenure with Ayler's ...

It's amazing how quickly what was billed as the future of jazz became its past. In 1959 when saxophonist Ornette Coleman released his third album, he wanted to call it Focus On Sanity. Instead, at the insistence of Atlantic producer Nesuhi Ertegun, it was portentously titled The Shape Of Jazz To Come. Other musicians took heed and the free jazz movement was born. Commercially this was a disaster for jazz, with record buyers deserting the music en ... 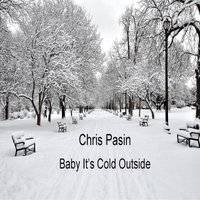 Chris Pasin clearly buys into the idea that spreading holiday cheer with and for those who are near and dear is a beautiful manifestation of the Christmas spirit. For Baby It's Cold Outside the veteran trumpeter gathered seven of his musical chums and put together a program of tried-and-true yuletide nuggets, remaining loyal enough to the templates while also juicing the mix. Six different personnel configurations are in play across this album's eleven tracks--everything from a Patricia ... 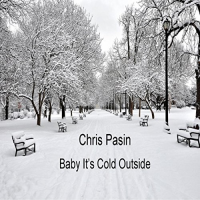 Here are this year's holiday albums I received for review. They are an exceptionally varied lot, ranging from contemporary pop to mainstream jazz--there's even one big band Hanukkah album! I wanted to make special mention of an exceptionally beautiful album that I reviewed late last year, after I had published the 2016 Roundup: Olga Konkova & Jens Thoresen: December Songs. An extraordinary guitar/piano duo performance, highly recommended. Various Artists Holidays Rule Volume 2 Capitol Records ... 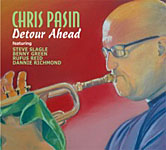 Trumpeter Chris Pasin tried to move on from jazz, but now he's back. He's a graduate of New England Conservatory's prestigious jazz program and played with many of the greats, before leaving jazz for several years. To celebrate his return, and perhaps give a glimpse of more good things to come he's brought out a never before released gem from 1987 titled Detour Ahead, featuring him alongside a band of Dannie Richmond, Rufus Reid, Benny Green, and Steve Slagle. The ...