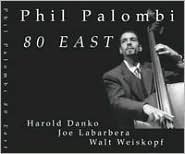 In an interview recorded as an afterthought to American Classic, a 1982 Dexter Gordon session, the then sixty-one year old tenor saxophonist was asked about the future of jazz. He replied, “Bebop is the music of the future.” His return to the US from a self imposed exile not only signaled the resurgence of bebop but opened the door for a very young Wynton Marsalis to carry it’s banner. As succeeding generations answer the call, Dexter’s memory and his cause ...