Philip Dizack: If Our Perspective Is Right Then We’re Always in Complete Humility

Trumpeter Philip Dizack (named by Downbeat Magazine as “[one of twenty-five] Trumpet Players for the Future") on how he thinks about playing, teaching ("preparing for teaching is the most helpful thing that I've ever done for myself"), practicing ("the more specific your questions are, the more specific your answers will become"), potential ("I hear so far beyond what I'm capable of doing right now"), and perspective ("if our perspective is right then we're always in complete humility"). Plus, ... 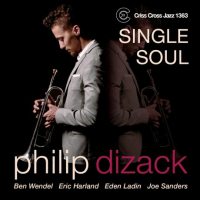 Young trumpeter Philip Dizack is a new name on the Criss Cross record label but not a new name for those who closely follow the New York jazz scene. Since his arrival in New York, Dizack has been making waves and winning awards with his beautiful tone and dark intensity, both of which were on full display on his last album, End of an Era (Truth Revolution Records, 2012). For his Criss Cross debut, Dizack continues his maturation as a ...

Philip Dizack: End of an Era 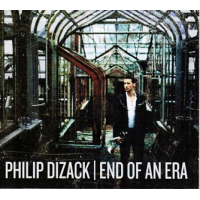 Philip Dizack's End of an Era is a resounding album that is solidified by fine ensemble work and composition that breathes emotion and thoughtfulness. Since his 2005 debut, Beyond a Dream on Fresh Sound Records, Dizack has crafted his skill as a trumpeter and composer. This sophomore release is a statement of maturity that is born out of personal life experiences. The music's sweeping and heartfelt themes are realized through two different lineups that include the likes ...