Although it has been present in jazz since the 1920s, when it was routinely used in rhythm sections, as a solo instrument the guitar struggled to make itself heard--literally--until the second half of the 1930s, when reliable pick-ups and portable amplifiers became available. Foremost among the pioneers of the electrified instrument was Charlie Christian, a member of the Benny Goodman Sextet and Orchestra from 1939 to 1941, when he was hospitalized with tuberculosis (he passed the following year). Christian famously ...

Eivind Aarset: The Edge Between Intimacy and Courage

Guitarist and composer Eivind Aarset is one of the most imaginative exponents of the spirit of open diversity that defines and differentiates the Nordic Jazz soundscape. Coming along a progressive-rock line of influence enriched by a world music heritage and refined by electronics, his music emanates the radiant energy of an unfolding white lotus flower that gradually reveals its self-contained complexity. His guitar tones explore spheres of pure lyricism paired with a vibrant force of expression, and reaches resonant peaks ... 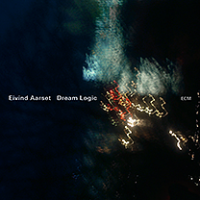 The ingredients are all electric on guitarist Eivind Aarset's Dream Logic: plugged-in guitar and bass; programming; samples; dictophone; and electronics. The resulting atmospheric layering of sound with subtle dynamics and inorganic drones could be described as sterile, but what a beautiful, mysterious sterility it is.The Norwegian guitarist has contributed to several ECM Records recordings, including trumpeter Jon Hassell's Last Night the Moon Came Came Dropping Its Clothes on the Street (2009) and trumpeter Arve Henriksen's Cartography (2008), to ...

With the exception of trumpeter Nils Petter Molvær and singer Sidsel Endresen--who each left the label after contributing two fine albums as leaders--there seems to be an increasing number of Norwegian artists who, after establishing themselves on smaller labels, are gaining greater international exposure by moving to the venerable ECM label. Trumpeter Arve Henriksen and Cartography (2008) is one; Food, featuring percussionist Thomas Strønen, is another, with Quiet Inlet (2010); and The Source's eponymous 2006 release, yet another.Now ...

In a time when the interactive video game Guitar Hero is selling in the millions, Eivind Aarset is, in many ways, the Guitar Anti-Hero. Despite making music that could easily lend itself to the kind of guitar pyrotechnics that are so often the litmus test of a good player, Aarset's emphasis is on texture, on melody, on groove, and on a kind of collective improvisation that's been reshaping and redefining what jazz can be since he released his first album ... 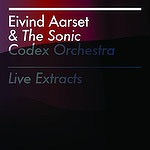 For his fifth album as a leader, Norwegian guitar phenom Eivind Aarset captures the improvisational power and prowess of his expanded Sonic Codex Orchestra. Live Extracts, culled from six different venues over the course of the past year. With minimal editing and no overdubs, this is as close to experiencing Aarset in performance as many will get, and for that reason alone is worthy of attention.Aarset, interviewed recently at All About Jazz, may be more Guitar Anti-Hero than ... 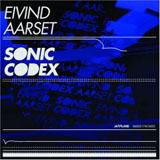 While there are still plenty of the signposts that make this an Eivind Aarset album, Sonic Codex represents some significant changes for a Norwegian artist who has become the most important (and in demand) guitarist to emerge from Scandinavia since Terje Rypdal in the early 1970s.

While Aarset's almost pathological avoidance of conventional guitar tones--and familiar rhythmic and harmonic approaches--remains intact from earlier albums including Connected (Jazzland, 2004), Sonic Codex does have some of his most ...