Drums of Life--Drums of DeathThe ruins of the Anasazi people stand undisturbed in the cliffs between the high mesas and the canyon floors of the southwest. Dating to 2500 B.C., the multi-story adobe pueblos and stone cities were the sites of the ancient indigenous peoples of North America. Archeologists have uncovered an assortment of percussion instruments in the ruins: suspended stones that resonated when struck, gourd rattles with seeds inside. Rasps were pieces of wood or bone with serrated edges ... 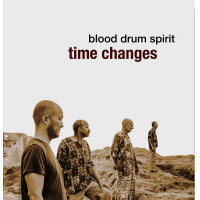 Drummer, pianist, and composer, Royal Hartigan, first encountered bassist Wes Brown and saxophonist David Bindman at Wesleyan University. The three were instrumental in the early development of the Ghanaian-American group Talking Drums and recorded Blood Drum Spirit (Innova) in 1993 with Kevin McNeal on guitar. The ensemble's follow up, Blood Drum Spirit: Royal Hartigan Ensemble Live in China—also on Innova—was not released until 2008, when pianist Art Hirahara had replaced McNeal. Time Changes is Hartigan's fourth double-CD as a leader ... 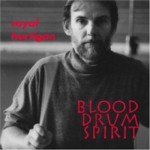 It remains largely unrecognized six years later. Jazz, especially in the US, can be almost religiously hierarchical and introducing an unknown quantity to the ranks of Miles Davis, John Coltrane, or Anthony Braxton may well be viewed ...