Pianist Michael Jefry Stevens has been involved in many projects in his career over the past forty years. The Generations Quartet started out as a trio six years ago, consisting of Stevens with his long-time musical partner, bassist Joe Fonda and newcomer, drummer Emil Gross. The trio became a quartet with the addition of saxophonist (and Renaissance Man) Oliver Lake, perhaps best known for founding the World Saxophone Quartet with saxophonists David Murray, Julius Hemphill and Hamiet Bluiett. 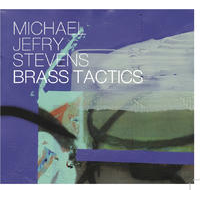 Anyone remotely interested “creative improvised music" (aka jazz) that intersects with the Classical aesthetic should take the time to listen closely to pianist Michael Jefry Stevens' latest release Brass Tactics. Stevens is a thinking man's player mostly known for his work in the Fonda/Stevens group (see Folk Five) and Conference Call, (with Gebhard Ullmann) as well leading his own group, for example For The Children. The instrumentation on Brass Tactics stems from Stevens' fascination with brass ... 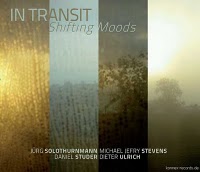 Well-regarded for his co-leadership of the perennially progressive Fonda/Stevens group, pianist Michael Jefry Stevens is an accomplished solo artist and a much in demand session musician, who extends his reach globally. Featuring three European instrumentalists, the In Transit group devises a comprehensive playbook amid budding expansions into the free dominion. However, the modern jazz component underscores the improvisational factors. It's not about wanton cacophony. Conversely, the quartet's synchronicity instills a sense of perpetual motion, executed at various frequencies, throttling pulses, ...

Michael Jefry Stevens: What About...?; Memphis; A Scent in Motion; Remembering the Future 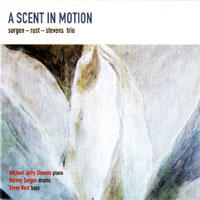 Stevens, Sorgen and Rust have cast their roots as improvisers. All possess expressive intuition, allowing them to play off each other and work in tandem towards ...

The Southern Excursion Quartet, featuring saxophonist Don Aliquo, drummer Tom Giampietro, pianist Michael Jefry Stevens and bassist Jonathan Wires, moved from different parts of the United States to find their home in the Tennessee and Mississippi areas. The geographical relocation was conducive to a meeting of the four, who went on to find common musical ground.

The music is a revelation of how the quartet develops a theme. They read each other perfectly, sensing structure and enhancing development. The program, ...