Terry Clarke: It's About Time 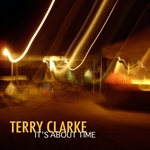 Drummer Terry Clarke has had a long and illustrious career. Born in Vancouver, Canada, Clarke moved to San Francisco in 1965 to play with John Handy III. Jazz at the time was not an all-encompassing passion, and when the opportunity to play with pop vocal group The Fifth Dimension came about, he took it. Five years later in 1970, he moved to Toronto. From then on he has been a ubiquitous presence on over 400 recordings, playing with the likes ...