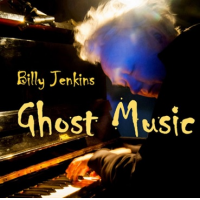 Ghost Music is Billy Jenkins's download-only follow-up to Death, Ritual & Resonation: Eight Improvised Studies On Low Strung Guitar (VOTP, 2015). It takes a similar tack to its predecessor inasmuch as it is entirely improvised; however the guitar is missing, replaced by piano. Jenkins last used a piano on his vinyl-only album Piano Sketches 1973-84 (Wood Wharf, 1984). The spectral sound, which pervades all of the tracks, unfolds on “Self Sleep Beds." This and the ensuing tracks “Drinkless ... 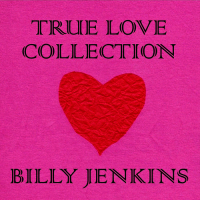 A few facts to dispense with first. True Love Collection now reissued as a download-only release, coincided with this album, originally released in 1998, being voted number 36 in BBC Music Jazz's 50 greatest jazz albums, announced in mid-November 2016 to coincide with the start of the London Jazz Festival. It's also been re- mixed and consolidated into seven discrete tracks as opposed to the 16 tracks on the original CD release. However, the order and music is identical. 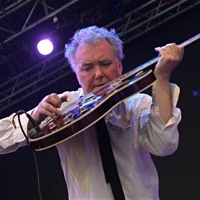 On 5 July 2016 guitarist, composer, vocalist and philosopher Billy Jenkins hits the Big Six-O. It only seems five minutes ago that Jenkins played at the Purcell Room during 2010's London Jazz Festival, accompanied by the BBC Big Band to a suitably enraptured audience. He's been gigging and recording less in the past five years. His album Jazz Gives Me The Blues (VOTP VOCD 1167) was released in 2011 and Billy became an Accredited Humanist Celebrant approved by the British ... 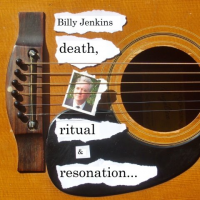 Having semi-retired from the music business in 2008 in favour of conducting Humanist (non-religious) funerals, Billy Jenkins returned to recording in 2014, releasing the highly acclaimed solo album Semi-Detached Suburban Home (Music For Low Strung Guitar). So its follow-up Death, Ritual & Resonation: Eight improvised studies on low strung guitar follows similar lines and compared to the considerably longer previous album is a mere extended play, weighing in at just under twenty minutes. However, as someone probably once said, quantity ... 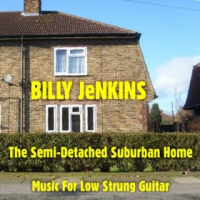 For the uninitiated, Billy Jenkins stands alone, a unique guitarist in a world full of axe murderers. His back catalogue contains some of the most compelling and often challenging music to be found within the context of jazz. He might be compared to Frank Zappa for both his humour and his eclectic style but Jenkins is unquestionably a one-off, his style inimitable and his imagination seemingly boundless. For those still in any doubt about his prodigious talent, then listening to ... 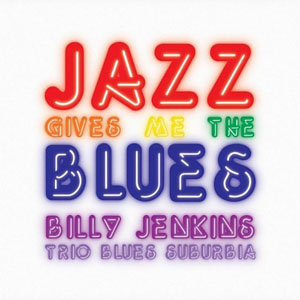 Billy JenkinsJazz Gives Me The BluesVOTP Records2011 If the title Jazz Gives Me The Blues suggests that London guitarist/vocalist Billy Jenkins is hacked off with jazz, you would be right. Kind of. What Jenkins objects to is the gentrification and institutionalization of jazz, once--a quantum leap from its stereotype today--a rebel music, which ignored or actively fought against conventions of all stripes, and was the home of autodidacts for whom “going ...

Billy Jenkins: I Am A Man From Lewisham 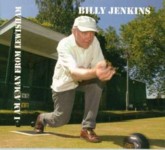 It's hard not to warm to a bandleader who once took a party of jazz musicians along to a motorcycle race meeting so that they could get the “risk" of improvising into perspective. That's London guitarist Billy Jenkins: an instinctive enemy of pretension and convention wherever he encounters them--a licensed celebrant of humanist funerals, chess punk, satirist, prankster and the one-time captain of a lawn bowling team, a position and a pastime widely regarded as the preserve of geriatrics. Jenkins' ...