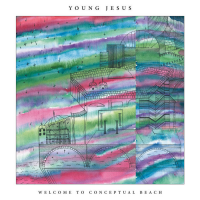 Once a band has established its sound, two options arise: Stick to your guns and keep giving fans what they know they want or start exploring new artistic territory. Oftentimes, the choice to pursue a new aesthetic can lead to a string of unfocused or messy albums, even if the band's catalogue eventually improves. Miraculously, Los Angeles-based art rock outfit Young Jesus avoided any awkwardness while transforming its sound, introducing exciting opportunities without losing sight of what made ...

Young Jesus: The Whole Thing Is Just There 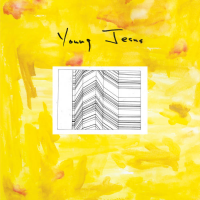 Young Jesus' sophomore release with Nebraska label Saddle Creek, The Whole Thing Is Just There, is an experimental, improvisational and accessible indie rock trip. The Los Angeles-based art rock quartet of singer and guitarist John Rossiter, keyboardist Eric Shevrin, bassist Marcel Borbon and drummer Kern Haug have been releasing music inspired by Rossiter's Chicago post-rock roots ever since their first independently released singles in 2010. The band's many influences shine through on The Whole Thing, from Shevrin's appreciation of experimentation ...