A show from the 2018 archive with a salute to Ike Quebec, a wickedly good session with Stanley Clarke, Bireli Lagrene and Jean-Luc Ponty that you might have missed, as well as coloring outside the lines with Mary Halvorson, Henry Threadgill and Charles Mingus with Roland Kirk. Oh, and our usual dose of grease & funk. Click the play button & enjoy the show. Playlist Don Braden, Karl Latham “Deja Vu" from Big Funk Live (Creative Perspective Music) ...

Jean-Luc Ponty at The Cabot 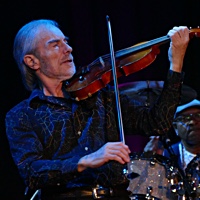 Jean-Luc Ponty The Atlantic Years The Cabot Beverly, MA August 24, 2018 A perfect match was found between the intimate setting at the Cabot's newly renovated 850 seat, former 1920's art-deco period theater in Beverly, Ma. and the soaring, melodic and mesmerizing sounds of masterful electronic jazz-rock French violinist Jean-Luc Ponty. The venue offered the perfect fit, creating an atmosphere for a listener's audience ready to appreciate the extraordinary talents of this highly respected, classically ...

Jean Luc Ponty Band Boulder Theater Boulder, Colorado June 13, 2017 One thing we learned Tuesday night: Enigmatic Ocean (Atlantic, 1977), Jean Luc Ponty's fourth album for Atlantic Records, is his favorite. And why not? It made it to number one on the jazz charts in 1977. Plus, it's pretty good. The Jean Luc Ponty Band brought their Atlantic Years tour through Boulder last Tuesday, recreating the music from what is most likely ...

Anderson Ponty Band Boulder Theater Boulder, CO May 4, 2016 Some collaborations are inevitable; Ella and Louie, Tedeschi and Trucks, peanut butter and chocolate. Others are not so obvious; Plant and Krause, Wynton Marsalis and Willie Nelson, pineapple and pizza (OK, maybe some people will disagree on that last one). Sometimes these seemingly unlikely pairings can be even more fun than the obvious ones because of unanticipated and serendipitous results. The Anderson ... 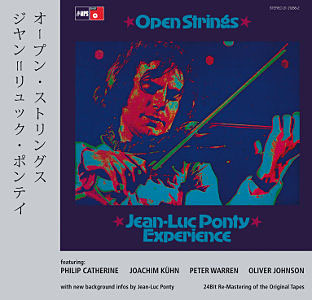 Artists are often defined--and pigeon-holed--by the music that's had the best distribution, not necessarily their best music. Not that any of the fusion discs that Jean-Luc Ponty recorded in the mid-'70s are bad; far from it. But the music the Frenchman released, before he moved to the United States, reveals a different formative period for the violinist, in stark opposition to electrified music of Imaginary Voyage (Atlantic, 1976), the Afro-centric explorations of Tchokola (Columbia, 1991), or the consolidation of The ... 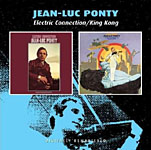 Having already released King Kong: Jean-Luc Ponty Plays the Music of Frank Zappa (Pacific Jazz, 1969) as part of its remastered reissue of Blue Note's 1976 two-disc compilation, Cantaloupe Island (BGO, 2006), which brought together King Kong and The Jean-Luc Ponty Experience with The George Duke Trio (World Pacific, 1969), it's a little curious that England's BGO Records would reissue King Kong again as part of a two-fer with the French violinist's one and only big band intersection, Electric Connection ...