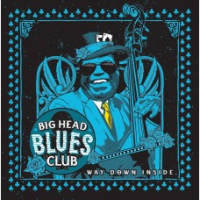 Big Head Todd and the Monsters have been fans of blues music since their first days together playing music in high school, so it only makes sense they'd eventually record am album in this seminal form. Accordingly, in 2011 the band delved into the blues with their first 'Big Head Blues Club' project, 100 Years of Robert Johnson (Big Records, 2011), which featured guest appearances by BB King, Hubert Sumlin, Charlie Musselwhite, Honeyboy Edwards, and others. The success of that ...