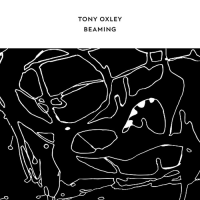 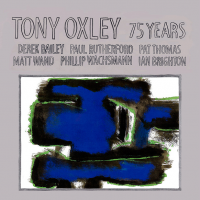 As its title indicates, this album was released to mark the occasion of drummer Tony Oxley's seventy-fifth birthday (which occurred on June 15 2013.) Fittingly, it is released on Incus, the ground-breaking label that Oxley established in 1970 with Derek Bailey and Evan Parker, frequently cited as “the first independent musician-run record label in Britain" (just about true because of the inclusion of “independent"--which rules out The Beatles' Apple label--and of “in Britain," which rules out Debut set up by ...

Though in hindsight many followers of British jazz and free improvisation are well aware of the impact that artists like Evan Parker, Derek Bailey and Tony Oxley have had on the course of modern creative music, the original liner notes on this, Oxley’s first album as leader, point to a presentation of new music by none other than Ronnie Scott’s preferred house drummer. Indeed, shortly before The Baptised Traveller was released, Oxley appeared alongside Kenny Clare on Scott’s Live at ...