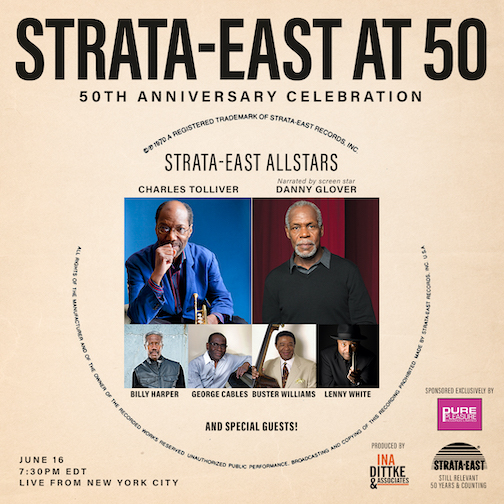 Strata-East Records celebrate 50 years of amazing Jazz on June 16th at 7:30pm EDT. Price: $20. Day of show $25. The performance will be available on-demand for 48 hours starting June 17th at 12:00 AM EDT. STRATA-EAST @ 50 featuring {{Charles Tolliver}} - {{Billy Harper}} - {{George Cables}} - {{Buster Williams}} - {{Lenny White}} and special guest {{Danny Glover}}! STRATA-EAST Records, now in its 50th year, was created by CHARLES TOLLIVER & STANLEY COWELL. Their first recording in 1970, "MUSIC INC" & BIG BAND, launched the label in 1971. Since then the Strata-East concept, a first of its kind provided the professional vehicle by which many important artist-produced recordings reached the marketplace. Some of the artists that the label created and issued original LPs & CDs through its history making conduit include Clifford Jordan, Pharoah Sanders, Jimmy Heath/The Heath Brothers, Cecil McBee, Billy Harper, John Hicks, and Gil Scott-Heron whose Strata-East “Winter In America” album, with the hit single "The Bottle", was a prime example of the efficacy of the label’s Condominium concept. Since its pioneering inception through to the present, Strata-East continues to occupy its place in history as a beacon and major influence for artists independently issuing their product. And, the two creators of this cult phenomenon never missed a step or skipped a beat along the way with their consummate idiomatic artistry. Purchase your Tickets, Strata-East CD downloads and other incentives now to fund the celebration of this landmark concert. All can be found here: http://link.dreamstage.live/Strata-East 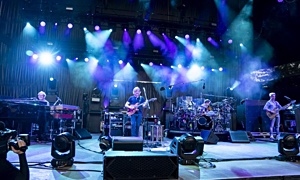 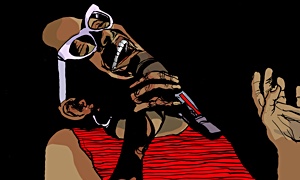 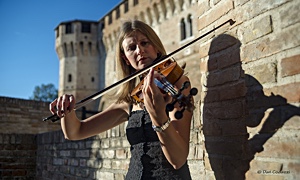