Click the play button to listen to this episode of Audioguide.

Welcome to Audioguide, a new monthly DJ set created for All About Jazz. Gathering new music from across Europe, the USA and sometimes further afield, I'll bring you a different window on jazz each month. There will always be a theme to guide the selections (although it is never intended to be a "best of' collection) and lots of emerging artists showcased with a scattering of more established names.

As we reach the end of a year in which the role and representation of women has been a hot topic in jazz and the wider world, it seems appropriate (essential, even) to launch this column with a mix of some of the most distinctive, emerging female artists of the moment. 2017 also saw the unexpected loss of a giant among women in jazz, and tribute is paid here.

A slow, introspective start to the mix comes from ECM saxophonist Mette Henriette, which invites some contemplation on this year. Gradually, energy builds through intriguing, understated vocals and propellant rhythm from Swiss vocalist (now Berlin-resident) Lucia Cadotsch, who had a landmark year winning the ECHO vocalist of the year award. Next up is the first in a trio of trumpet players: a punchy track from the debut album of American Jaimie Branch, which was labelled by the New York Times as 'one of the most impressive debut albums in jazz this year.' Led by trumpet player Laura Jurd, Laura Jurd also had a stellar year with their debut nominated for the Mercury Music Prize. Third up is Yazz Ahmed, a British Bahraini flugelhorn player whose latest album La Saboteuse explores her mixed heritage, but this is no 'fusion': it's sonically cohesive and stunning.

As thoughts turn to the new year, saxophonist Nubya Garcia is a hot tip for 2018 and beyond; she is yet to release her debut album but has played showcases at SXSW and Afropunk festivals this year. Meanwhile more Brits, Vula Viel led by percussionist Bex Burch, merge traditional West Ghanaian songs with jazz and influences from Steve Reich; they have new music on the way in 2018. Cuban vocalist Daymé Arocena raises the energy levels with a joyous New Orleans infused song from her second album released this year on DJ Gilles Peterson's Brownswood label. The Cuban feel continues with singer and violinist Yilian Canizares, and then with a lively Latin tune from pianist Geri Allen. Allen sadly passed away in June after a 35-year career at the piano. Taken from her Timeline Live album featuring the percussion of tap dancer Maurice Chestnut, she closes out this mix with an elegant burst of energy and a final round of applause. 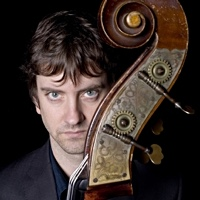