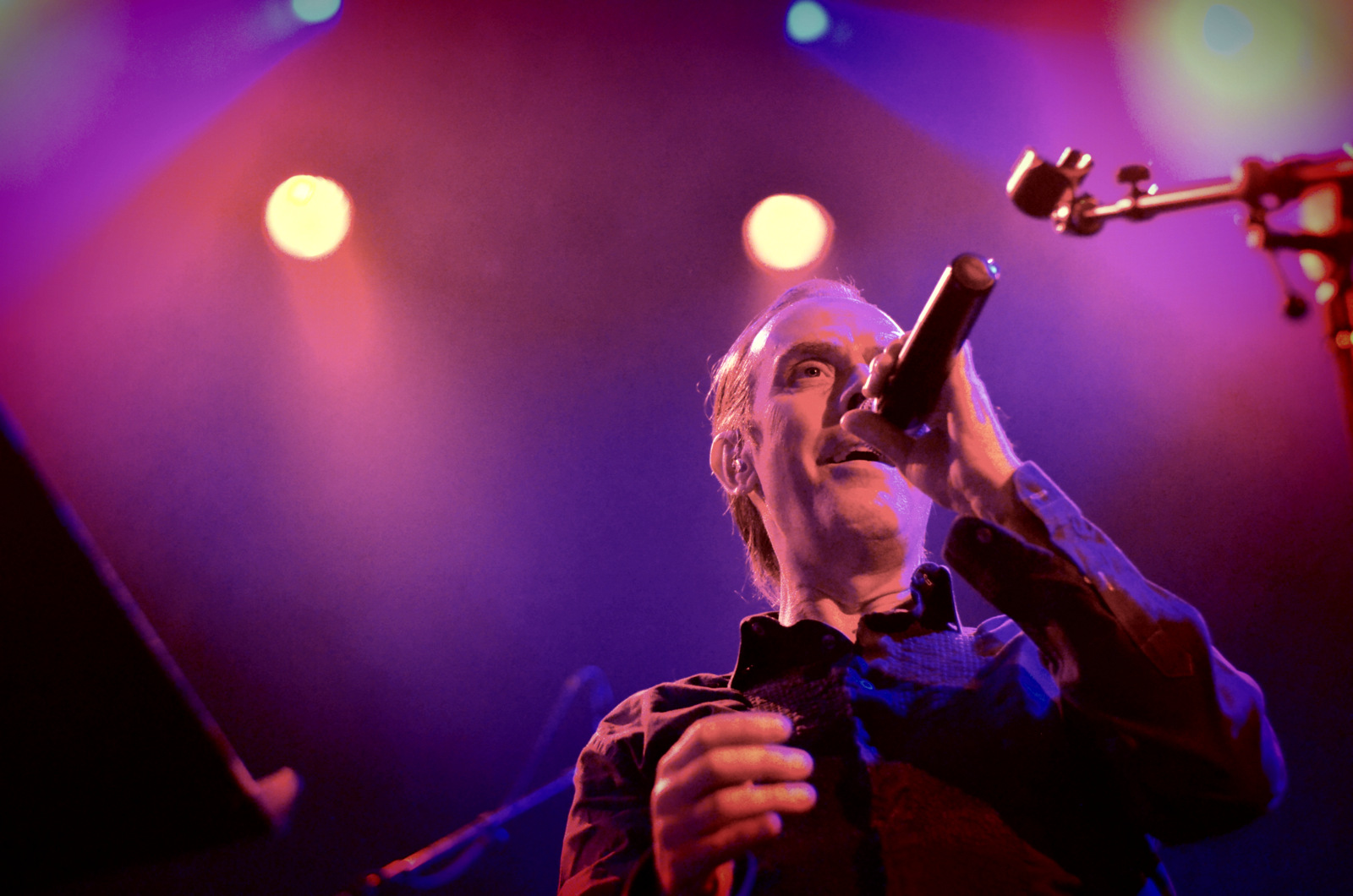 The first night of a world tour in support of a new release carries with it electricity in the air that is palpable to the audience, crackling like feedback pouring out of speakers. This was certainly the case at the iconic Irving Plaza in New York City on a late spring night as fans spilled over the sidewalk, waiting for the doors to open. The security professionals working the door seemed to feel it, too, ushering people quickly to the ticket scanners and will-call windows while cajoling a small group who held up the line. "We're trying to get you guys in," one venue employee explained sheepishly, with a wink.

The masses were here to see Peter Murphy. Call him the "Godfather of Goth," harken back on his time as the front man for the legendary band Bauhaus or recall his extensive career as a solo artist in his own right, and each reflection would be accurate. A tour that will keep him on the road for the better part of three months has Murphy snaking across the United States as well as into Canada, Mexico, Peru, Brazil, Uruguay, and a festival in the U.K. The tour literally began right after his release Lion (Nettwerk Records, 2014) dropped. Produced by Youth, bassist for Killing Joke, Lion is an edgier, slightly darker release for Murphy and the show itself perfectly matched the tone of the CD, both in energy and tone.

Two opening acts warmed the stage for Murphy. A short set by The TriBattery Pops, New York City's first all-volunteer citizens' band in a century, kicked off the evening. A brigade that plays classics from Sousa to Gaga, the audience applauded enthusiastically, if not slightly confusedly. Next up was the alt rock band from Austin, Texas, Ringo Deathstarr. Having opened in 2012 for the Smashing Pumpkins and heavily influenced by the Cure, the Smiths and the Velvet Underground, this longer set was a slam dunk. But the energy level went through the roof when Murphy strode onto the stage at 10:30.

The 56-year-old Murphy does not simply walk onto a stage; he dominates it. Kicking off with a raucous battle cry of "Hang Up" from Lion, Murphy, dressed smartly in a dark button down with subtle detailing running down the front, a dark blazer and dark pants, cut a lean, lanky figure on stage. He was all business this night, his powerful voice even stronger than exhibited on tour in the last few years. His signature theatrical moves, bending, swaying and singing skyward to the mic that he held above his chiseled features all blended into the perfect mixture of a seasoned performer and artist laying his newest work at his fans' feet. Based on the shoulder-to- shoulder crowd's calls and shouts, Murphy was on target.

He is backed on this tour by a trio of musicians whose sound was edgy and tight. Manning lead guitar was Andee Blacksugar, based out of Brooklyn, who showcased his prowess on the strings and brought a captivating stage presence. Emilio Zef China, out of Hoboken, New Jersey, very capably traded off between violin and bass guitar. China toured with Murphy for Ninth (Nettwerk Records, 2011) and was nimble at switching things up and providing a different sound to some of the tracks with the inclusion of the violin. Nick Lucero, an absolute powerhouse behind the drums, has played with Murphy before and the synergy between the two is apparent.

Murphy's focus was evident as he introduced new material and reimagined some of the hits. A pleasant surprise was "Low Room" from Holy Smoke (RCA, 1992), which transported the audience back to the early 90s. The formidable set list was memorable and spot on, bringing out a lively rendition of "Low Tar Stars" from the new CD. He displayed amazing energy on "Eliza," an anthemic, pulse-pounding track as well as on the throbbing "Holy Clown," both instantly identifiable as Murphy at his best. A stripped down version of "Strange Kind of Love" included the violin, Murphy playing the guitar, and his effortless vocals, resulting in a distinctive and lingering showcase that brought goose bumps. Another stripped-down version came in the form of "Marlene Dietrich's Favourite Poem," a lovely version and one of the few points where the energy simmered to a slow boil. "Memory Go" from Ninth was driven, as Murphy moved among dancing yellow spotlights.

More notable numbers were "Gaslit," "Peace to Each," "Deep Ocean Vast Sea," "Velocity Bird," and "The Prince and Old Lady Shade," which flaunted Murphy's signature growl on vocals, while a green globe of light played among indigo stage lights. The lights went black after the final notes, setting the scene for the encores. An eclectic mix of songs rounded out the night, including "Cuts You Up" with Murphy strumming a guitar, "Lion," a hauntingly melodic version of "Subway," and closing with a jazzier arrangement of "Uneven and Brittle." Time has not slowed Peter Murphy down; instead the new material seems to have energized and brought him a greater sense of control and joy, a gift he shared with fans on a warm night in New York City.