By DOUG COLLETTE
July 20, 2019
Sign in to view read count
Peter Lewis and Peter Perrett are both survivors of the contemporary rock milieu, the former of Sixties band Moby Grape, the latter of the Other Ones, whose first brush with fame occurred approximately a decade later. Each man has now released a record under his own name, proof positive of the call(s) of their respective muses, but also of the creative impulse in general. And while both artists hew fairly closely to the style for which they are best known—Lewis a harmony-laden folk-rock, Perrett an edgy, rock with punk overtones—their very adherence to what they know best works to their advantage. The contrast in sound could not be more stark, yet the purity of the former's record is as cathartic in its own way as the skeletal likes of the latter's. Both of these records are viable candidates for the assignation of position as "Sleeper Album of 2019." 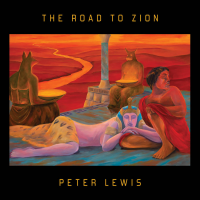 Co-auteur of what is perhaps the finest debut album of contemporary rock, the eponymous Moby Grape (Columbia, 1967), Peter Lewis remained a linchpin of the group as its membership dwindled through a series of personal and professional snafus. He has nevertheless continued performing over the ensuing years, often with his former bandmates, so it's no surprise The Road to Zion resounds, albeit in muted form, with the vocal and instrumental expertise of a practiced musician. Still, the intricacy of the acoustic guitar interplay on the opening song, is an ambitious ploy, if a pragmatic one, further borne out by the succeeding ten cuts. Over roughly forty-minutes, with his supple singing as much as his dexterous guitar work, Peter Lewis reminds in no uncertain terms not only what natural skills he lent to his former, star-crossed band, but also how fluent he remains as a singer and player: it is no coincidence but rather a decision borne out of self-confidence, that the final pair of tracks, "Celebration of January 24" and "For The Gypsy," feature him in a solo setting. 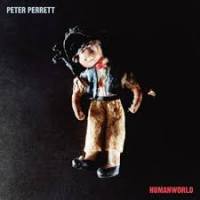 ADVERTISEMENT
The prominence of synthesizer in the credits of this records belies its presence as background: it's usually utilized to add to the ghostly air of the elder Perrett's vocals, while broad swathes of electric guitars more often swoop into the stereo spectrum during cuts such as "I Want Your Dreams" and "Once Is Enough." In the studio, the recent touring/stage experience of this same ensemble (including Perrett's offspring bassist Peter Jr. and guitarist Jamie) precludes any mechanical feel tainting any cuts, even the most mesmerizing ones, like "Heavenly Day." In fact, the sonic backdrop billows on that track, triggered by the comparative warmth of an acoustic piano that appears just prior to its conclusion. "Love Comes on Silent Feet" is almost pure rock and roll, its raucous air and headlong tempo set in clear relief against the gentility of "The Power Is In You," where the generally wan vocal delivery Peter Perrett uses similarly (and equally effectively) reinforces the fortitude at the heart of that and the other eleven original songs on Humanworld (contrary to titles like "Believe In Nothing).

The Road to Zion

Tracks: On The Road To Zion; Down By The Water; When I Think About Me; Nobody's Love; In This Place; Journey To The Crossroads; A Song For Kris; When I'm Gone; Only A Fool; Celebration Of January 24; The Gypsy.

Tracks: I Want Your Dreams; Once Is Enough; Heavenly Day; Love Comes On Silent Feet; The Power Is In You; Believe In Nothing; War Plan Red; 48 Crash; Walking In Berlin; Love's Inferno; Master Of Destruction; Carousel.