By NENAD GEORGIEVSKI
October 13, 2013
Sign in to view read count 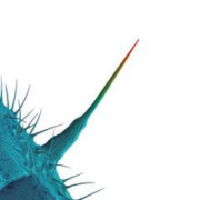 Peter Gabriel is surely one of the most unpredictable artists today. His career path has proven to be of a mercurial kind with him taking the road less travelled as Gabriel has more often than not sought unusual experiences as a source for his intensively felt music. Long an inventive musical conceptualist he has always sought challenge on all fronts—musically, visually, technologically and emotionally. His bold and innovative career choices have made him a step ahead of the curve as he pioneered innovative platforms for music and human activists groups. His enduring empathy with human rights and his overall philosophical outlook indicate a visionary artist whose work explores what it means to be human.

A restless spirit and innovating conceptualist, he opted for a different approach to covering other people's music where he would cover other people's songs and then, in return, those same artists would cover his songs on a follow up. The follow up to his album with covers, Scratch My Back, (Real World, 2010) where he covered songs by artists such as singers David Bowie, Neil Young, Stephen Merritt or bands such as Talking Heads, Radiohead and Arcade Fire, titled And I'll Scratch Yours as originally planned was scheduled for a release the same year, but since some of the artists were slow on delivery or declined to cover songs from Gabriel's oeuvre, the choice of artists slightly changed.

The songs that were featured on Scratch My Back were rearranged and orchestrated in a cinematic style by Durutti Column's John Metcalfe or consisted of solo piano only that gave the songs, more or less, a uniformed melancholy feel. On the other hand, the colorful choice of artists naturally brought a different, more diverse feeling to "And I'll Scratch Yours" which in return brought the good, the bad and the average under one banner.

Singer David Byrne is a prime example of how he redirected the dramatic feeling of "I Don't Remember" into a funky and groovy song that is more typical of his songs thus putting his unmistakable stamp on the song. Indie band Bon Iver has done a pleasant but remarkable rendition of "Come Talk to Me" from Us (Real World, 1992). The song seems to be flowing and even though it is melodically faithful to the original, despite the lack of the African drums that drove the original song, still, with its layered lush vocal lines the song has been given a more of an African vocal choir feel, and by the end it builds into a dramatic climax.

Some of the songs are just nice, ordinary covers and bring nothing revelatory, like singer Regina Spector's "Blood of Eden" or Elbow's "Mercy Street," while Lou Reed's take on "Solsbury Hill" is sacrilegiously bad. Singers Joseph Arthur and Randy Newman do their formidable best with "Shock the Monkey" and "Big Time," two originally upbeat songs that were given impressive reshaping. Arthur's abstract reading is powerful and dramatic where his voice and intelligence as a performer and arranger come to the fore. Newman's take is tasteful and playful with an undeniable subtle ragtime influence woven throughout the fabric of the song. Arcade Fire's "Games without Frontiers" is fresh-sounding and one of the highlights on this record, mostly because the group treats the song with equal parts imagination and reverence.

Since David Bowie declined to participate in this project it was producer Brian Eno (who co-wrote "Heroes" that Gabriel had covered) who stepped in and did a strange take on this originally beautiful and gentle ballad. Eno's reading sounds like industrial music and his version is filled with unusual textures, noise and synths, and his processed voice whines like a cold wind through bare trees. Singer Paul Simon's understated version of the protest anthem "Biko" that closes this record sounds more like Simon's playful song "Graceland" rather than the darkish and emotionally shattering piece of art that the original is.

Until recently, the cover songs were treated with contemptuous mirth, a format that was a venue for artists devoid of their own ideas. In most cases those attempts were rather substandard and lifeless with artists picking rather large shoes to fill. But in this pop climate, the act of covering has become an art form in itself and Gabriel came up with a concept that would give cover songs a different purpose and as a result to that a different meaning.

Overall, the songs on And I'll Scratch Yours vary with each track but there is an underlying thread that joins these songs together and prevents it to be a collection of accidentally gathered cover songs by unknown bored musicians . But regardless of who is singing, or what they're singing, on And I'll Scratch Yours Peter Gabriel's heart and humanity behind the songs are always on display.

I Don't Remember; Come Talk to Me; Blood of Eden; Not One of Us; Shock the Monkey; Big Time; Games Without Frontiers; Mercy Street; Mother of Violence; Don't Give Up; Solsbury Hill; Biko