By JIM SANTELLA
November 12, 2008
Sign in to view read count 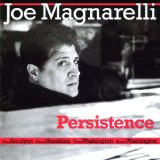 Trumpeter Joe Magnarelli is a purist who applies natural qualities to his music and eschews gimmicks; his musical conversations can be understood anywhere.

Magnarelli studied with James Moody and Tommy Turrentine, began his professional career with Lionel Hampton and Brother Jack McDuff and was a semifinalist in the Thelonious Monk International Trumpet Competition in 1990. His band—pianist David Hazeltine, bassist Peter Washington, drummer Kenny Washington and baritone saxophonist Gary Smulyan—have similar backgrounds and all enjoy a love of mainstream jazz.

Amplifying the album's underlying title theme, Magnarelli's program includes standards, originals, slow ballads and fast romps. A Bird-like interpretation of "You and the Night and the Music" rolls with lightning quickness and a thundering muscular approach that recalls Parker with Miles Davis. The original "D Train Boogaloo" is a funk-driven encounter that would have made Lee Morgan proud. "The Village" emulates the universal nature of jazz as it's found in the city while "Soul Sister" remakes "Body and Soul" as a quirky waltz based in familiar territory but stepping outside the circle for a creative aside. Magnarelli's smooth technique and fun-loving, rhythmic swing give this album universal appeal.

Persist; The Village; I Had the Craziest Dream; D Train Boogaloo; Haunted Heart; You and the Night and the Music; Ballad for Barretto; Soul Sister.