By GLENN ASTARITA
December 25, 2012
Sign in to view read count 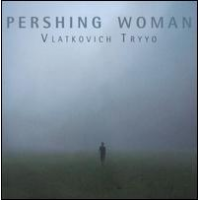 Southern California-based trombonist Michael Vlatkovich leads a power-packed trio, captured live at a Michigan venue. The trombonist is firmly entrenched in the region's avant-garde and progressive jazz loop, alongside cohorts such as multi-reedman Vinny Golia, pfMentum Records proprietor and trumpeter Jeff Kaiser and other notables. Here, the trio generates a lot of positive hoopla and excitement as the live recorded sound contains a slight echo that hovers like an aura and summons an analog sense of purity.

The compact trio format is exploited to the hilt, the musicians exercising quite a bit of give-and-take and push-and-pull with impacting contours, awash with spunky unison choruses, odd-metered time signatures and introspective passages. As a whole, it's a frothy concoction, abetted by drummer Damon Short's furiously sweeping polyrhythmic fills, Jonathan Golove's booming electric cello parts and the leader's hard-hitting lines. The unit abides by a shake, rattle and roll, progressive jazz manifesto via scrappy dialogues and solemn and softly melodic choruses, witnessed by Golove's gentle arco-phrasings on "With Whom Each Dance."

With "Once in a Blue Moon a Decent Wolf Comes Along/Hostages of Romance (Medley)," the musicians throttle the various flows and dish out an assortment of blustery solo spots and alternating pulses. They sport a big sound, but diversity is a key factor, supported by a string of moody improvisational segments and perky bop choruses.

The big picture is illuminated by the musicians' perpetual motion, offset by diagonal contrasts and snazzy exchanges. At times they breakout into lone wolves amid mini-solo spots and merge a wholesome blues vibe with a marching band foray during "The Imponderable Hiding in Extra Large Clothing." The band transcends the norm throughout this very hip and buoyantly executed program that sustains interest from start to finish.

Our Costumes Should Tell us Who we are and What we Think; Pursued by More Past Than Future; Black Triangles Yellow Corn and Pink Medicine Drops; With Whom Each Dance; Once in a Blue Moon a Decent Wolf Comes Along/Hostages of Romance (Medley ); The Imponderable Hiding in Extra Large Clothing; Pershing Woman; Neighborhood Beasts Let Down Their Hair; I Let my Magic Tortoise Go.