By DAN BILAWSKY
January 6, 2015
Sign in to view read count 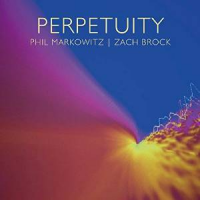 The debut collaboration between veteran pianist Phil Markowitz and rising star violinist Zach Brock focuses on a shared love of questioning and questing through sound(s). Each man brings five originals to the table for this project, and most of them serve to highlight their common interest(s) in angular exploration, dovetailing designs, and scenarios that encourage searching.

Markowitz brings a wealth of experience to the table, having worked with everybody from trumpeter Chet Baker to guitarist Al Di Meola to saxophonist Dave Liebman over the past four decades; he hasn't recorded much as a leader, but then again, he hasn't had to, as his dance card has been pretty full. Brock, a relative newcomer who's gained a good deal of attention for a pair of leader dates on the Criss Cross imprint, stands tall as one of the notable post-millennial voices in jazz violin. Together, they make music that's both absorbing and intriguing.

Queries, curve balls, conundrums, and calculated moves are all part of the deal here. There are meticulously-crafted, deviously-delivered numbers ("Triple Dutch"), active outings built with specific intervallic formulas ("Six Pack"), slowly drifting looks into the unknown ("Nebulae"), and high-energy modal jaunts ("Rongtone"). Along the way, Markowitz delivers heavy ideas without a heavy touch and Brock marries the bold with the mannered, bringing a stinging brilliance to the fore during the fiery material and dialing it back a few notches in mellower environs. Both men prove to be individual thinkers when it's solo time, but they show themselves to be simpatico collaborators elsewhere, engaging in call-and-response episodes, prancing along together through difficult lines, and working without a safety net as a duo ("Mirrors"). The sidemen here—players like Obed Calvaire, the highly regarded drummer who appears on Brock's Purple Sounds (Criss Cross, 2014), and Jay Anderson, the well-respected bassist who can be heard in Markowitz's trio on Catalysis (Sunnyside, 2008)—do a predictably fine job, but it's the relationship between the leaders that makes this date. Markowitz and Brock make for quite a combination.