By EYAL HAREUVENI
January 14, 2011
Sign in to view read count 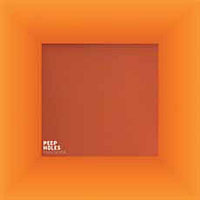 Israeli bass multi-instrumentalist Yoni Silver is one of the most gifted and original voices in Israel's tiny free improv and indie scene. He is a versatile musician, and has collaborated with such free spirits as veteran clarinet improviser Harold Rubin and young vocalist/keyboardist Maya Dunietz, with whom he released A Mono Musical Suite For Three Manic Musicians (Self Produced, 2008). Silver was also a member of saxophonist Albert Beger's quintet on Listening (Earsay, 2004), as well as the alternative rock group HaBiluim, and arranged singer/songwriter Rona Kenan's music for Songs for Joel (Self Produced, 2009). In between all this, Silver has led his own quartet, flirting with real-time sampling and live electronics.

On his first solo album, Silver chose to play only on the bass clarinet, on three long pieces recorded at Levontin 7 in Tel Aviv, and produced by musician/conductor Ilan Volkov. This intimate recording presents Silver's extended technique on his instrument, including circular breathing, but much more important is his imagination and an ability to create an arresting and meditative sonic voyage.

On the opening title track, breathing, playing and the instrument itself become one through slow, patient development and total openness to the moment's possibilities. On "Please Hold," the palette of sounds and colors is more varied, and Silver uses his clarinet keys as a soft percussive layer to the drone that his breathing produces. "Peat Hog" sounds like a logical conclusion of the first two pieces; the breathing drone blossoming into deep, earthy sounds that integrate organically with the percussive sonic utterances of Silver's bass clarinet keys.