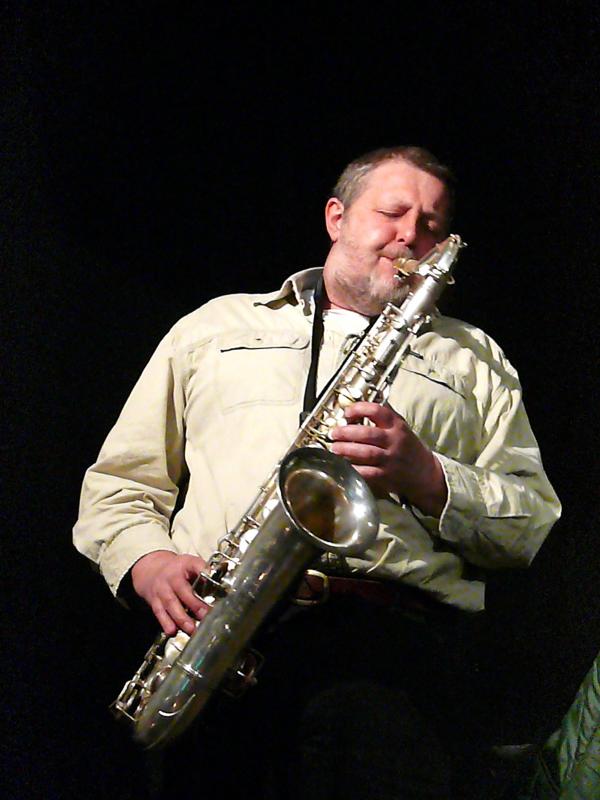 The band was smoking, they were burning, they were on fire. Just some of the expressions used to denote a truly affecting jazz experience, but not to be taken literally. So imagine the concern of the patrons in north London's Vortex jazz venue as smoke was spotted curling up from the amplifier of bassist Dave Kane not long into the first set. Not surprisingly the first signs were an acrid smell that some attributed to the candles, and the sudden inaudibility of the bass, immediately apparent to Kane though quite hard for the audience to detect behind the onslaught of drummer Tony Bianco's percussive whirlwind.

Both were here as part of a trio completed by saxophone master Paul Dunmall. Once the saxophonist became aware of Kane's predicament he was able to get the message across to Bianco. Musicians often retreat to a different realm of consciousness when in full spate, and this was certainly the case with Bianco who, with eyes closed and limbs mesmerically flailing, seemed oblivious to perceived danger. Once Dunmall's proximity had registered and the saxophonist was able to convey the problem, Bianco quickly drew the piece to a close, but still with enough presence of mind to mirror his opening gambit of playing with a shaker in one hand and his two sticks in the other, for a snapshot of how structure can be imputed to totally improvised settings. Happily another amp was soon found, and after a brief hiatus the trio was able to resume. 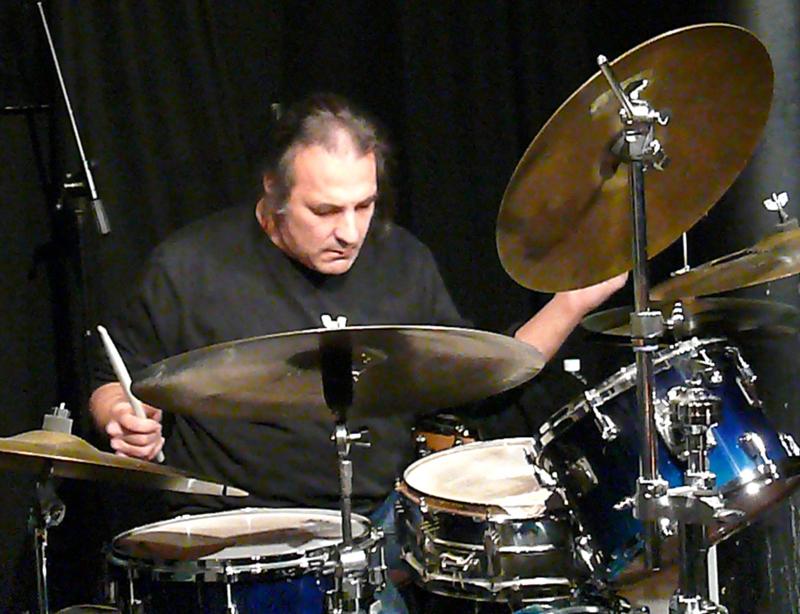 This pairing of American expat Bianco with the British reedman was a repeat of an appearance at the Vortex almost a year previous. On that occasion they performed as a duo, following the double booking of bassist John Edwards, so successfully it was difficult to see where a bassist might have fitted in. Tonight they did have a bassist, notwithstanding the burnt-out amp, in the upcoming talent of Leeds-based northern Irishman Dave Kane. Kane's reputation is growing, based on his partnership with pianist Matthew Bourne and drummer Steve Davis, who together with Dunmall released the excellent Moment To Moment (Slam, 2009), and his helming of the Leeds Improvised Music Association.

Bianco and Dunmall share a history going back some fourteen years since the New York-born drummer relocated from Berlin to London. In that time they have collaborated on numerous occasions, including the acclaimed Utoma Trio (Emanem, 1999), with the most recent being the blistering Spirits Past And Future (DLE, 2008) on the reedman's own imprint.

Typically for Dunmall this was a totally improvised outing without any prior discussion of destination, played out over two sets weighing in at almost 90 minutes. Much of the interest lay in the strategies adopted for working with Bianco's non-stop drumming style, which was the defining characteristic of the evening. Bianco has evinced an interest in deriving drone tones from his drums, which he achieved through fusillades of rhythms spinning around a still center, such that he paradoxically imparted forward motion yet remained in the same place, the aural equivalent of a runner on a treadmill. 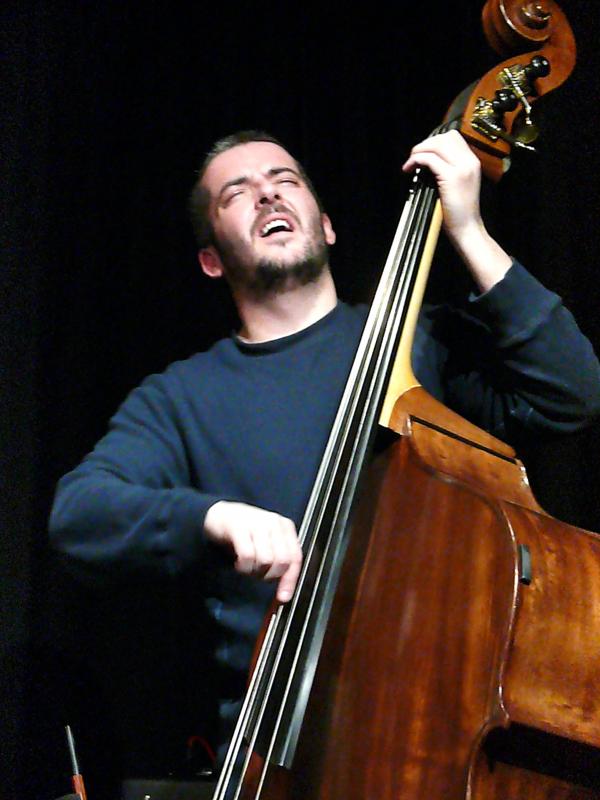 Hamid Drake's opinion of Dunmall's talent voiced on the illuminating DVD portrait Deep (FMR, 2009) where he says: "the beautiful thing about Paul is that he has his own voice. He has the thing that most musicians are searching for, but only few find."

As already intimated Bianco was a perpetual-motion dynamo, a force of nature like a waterfall or a bursting dam unleashing a rhythmic torrent, then seeming powerless to stop until spent. Although he might have started quietly on occasion, as in a spacious duet with Kane, where he deployed one mallet and one stick on cymbals and toms, he always finished up in the same place—an avalanche of hypnotic sound: a rumbling stasis derived from constant motion.

When it came, the ending was cathartic. Everyone upped the already considerable intensity. Dunmall increased his velocity, fluttering on his straight horn, as the bassist was reduced to a hard strum on a repeated note. Bianco's head was swinging from side to side while his hands were a blur. Kane added a wordless incantation to the saxophonist's speech-like soprano muezzin call, like a ghostly echo above the thundering turbulence, conjuring a majestic almost shamanistic cadence before Bianco's gong-like cymbals ushered in the close, much appreciated by select audience on this cold winter's night.

By the end, metaphor had matched reality. They were truly on fire.