By IAN PATTERSON
November 23, 2013
Sign in to view read count
Augustin also recalls the breathtaking performance of Brazilian guitarists Paulo Bellinati & Christina Azuma: "During their set the lights went off but they kept playing, which was great. The audience thought that it was part of the show." Of the Malaysian musicians Augustin recalls the opening show of PIJF 2009 by The Island Palm Beach Boys: "We wanted so much to show what Penang was all about in the 1940s & 1950s and I was really glad that the guys decided to do it." 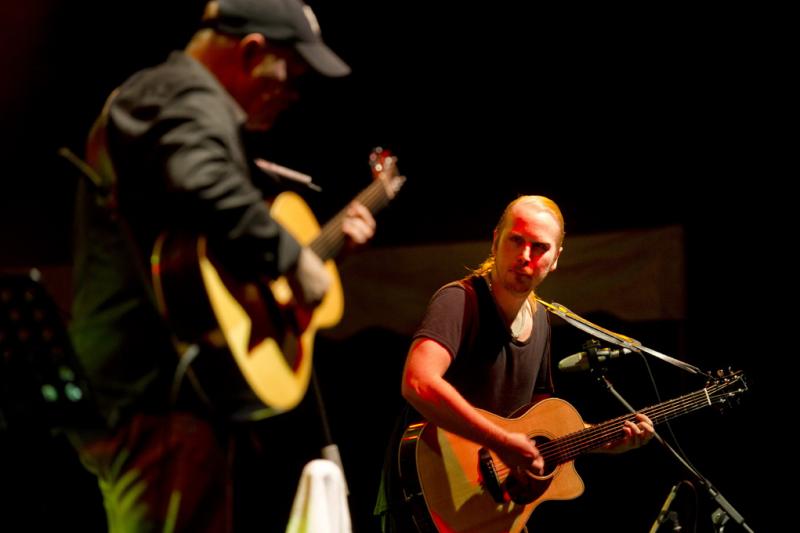 The late Paul Ponnudorai's incredible solo guitar performance at PIJF 2011 will long be remembered by all who saw it: "Paul told me later, after listening to the recording of his performance, that it was one of his best performances ever," says Augustin. The performance of Ulf Wakenius and Eric Wakenius was another high point for Augustin: "They were making their first ever stage appearance as a father and son duo."

One of the most logistically challenging performances over the years was that by the Penang Philharmonic Orchestra in 2010: "Granted they didn't play much jazz," laughs Augustin, "but it was fun getting them on stage." Augustin's roll of honor includes German a cappella group STIX—set to sing with Bobby McFerrin in 2014—Taiwanese group Sizhukong, PELBo and guitarists Tommy Emmanuel and Martin Taylor. He also takes great pleasure in having introduced Norwegian and Eastern European acts to Asia, but it's the less famous local names that have given him the greatest satisfaction: "It thrills us to watch some of the Fringe acts working their way up to the main stage like Elvira last year and Bihzhu this year."

Though the PIJF has come a very long way in the last decade it's still, however, a work in progress, seeking innovation and improvement all the time. Ask Augustin anytime how the PIJF is going and he replies: "Getting there man, getting there."

All other photos courtesy of PIJF/Capricorn Connection