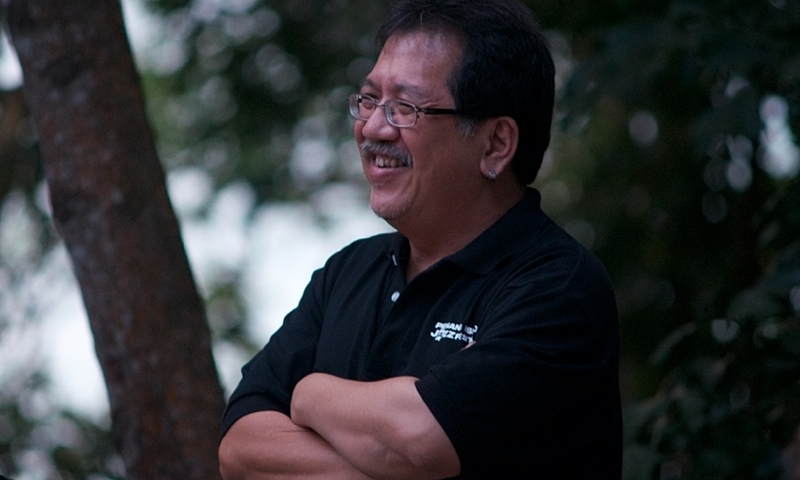 By IAN PATTERSON
November 23, 2013
Sign in to view read count

We hope our audience will grow to learn that the term jazz is actually bigger than just swing music, fusion or funk. The music has evolved so much —Paul Augustin

Most jazz festival directors would agree that survival is the name of the game in the first years. Unless a festival has the financial backing of a major sponsor it can be a knife edge existence attempting to rustle up private sponsorship and the kind of good will that is required in abundance to meet the obstacles that undoubtedly arise. For small and medium-sized jazz festivals it's an uphill slog, but for such a festival to get off the ground in Malaysia—where jazz is mostly of the background, lounge music variety—and to survive for ten years is no small feat. The Penang Island Jazz Festival has done just that, and then some.

The PIJF may not be the first jazz festival in Malaysia but it holds the distinction of being the longest-running one. Where others have fallen by the wayside the PIJF has dug deep roots and flourished. This year PIJF celebrates its 10th anniversary and festival Director Paul Augustin is in expansive mood as he takes stock of the challenges and achievements of the past decade. It certainly hasn't all been plain sailing and the number 10 has something of a magic ring to Augustin: "Am I surprised? Yeah, of course. I'm surprised we even got to number five," he says laughing. "We lost nearly everything with the first one."

The idea for a jazz festival in Penang dates back to the mid-1990s, when Augustin and his long-standing business partner, Chin Choo Yeun were working in Kula Lumpur running a stadium: "It was a privatized stadium; Chin was the Executive Director and I started off as the Events Manager and eventually became the Group Events Manager," says Augustin. "We were often asked to look at bands for the stadium. That was when we started researching the jazz festival. "

In 1996 Agustin and Choo Yeun left the stadium and set up their own events management and consultancy company, Capricorn Connection. "We went to a lot of people and told them we wanted to do a jazz festival but nobody thought it was going to work," Augustin recalls of their initial attempts to get the ball rolling. They did, however, gain valuable hands-on experience when in 2003 the Kuching Jazz Festival—which had experienced a difficult first two years—asked Capricorn Connection to help turn the festival's fortunes around.

"We did that," says Augustin, "and then in 2003 we were asked to look at and manage two other festivals and we did that too. But when you manage festivals on behalf of people they then decide that they can then do it themselves or else ask somebody else to do it and that's what happened. We were replaced."

The festival managing had provided what Augustin describes as "a bit of know-how" and plenty of useful contacts in the industry. The stage was set in 2004 for the very first PIJF.

The first edition of the PIJF was a humble 2-day, 1 stage affair with a few workshops and a small jazz gallery exhibition. The bands were mostly local/Malaysian, like the Aseana Percussion Unit or ex-pat bands such as drummer/percussionist Steve Thornton, who had played with trumpeter Miles Davis, pianists Herbie Hancock and McCoy Tyner. There were a couple of regional bands from South Korea and award-winning Australian a cappella group The Idea of North. "The festival was a calculated risk" Augustin admits, "and after the first edition we lost so much money we nearly closed the company down." 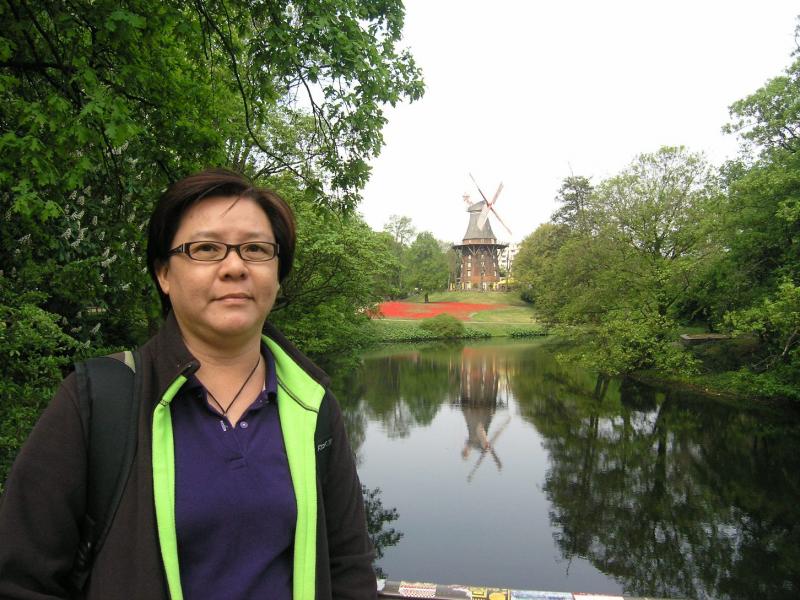 Many might have cut their losses and run but Augustin's business partner Choo Yeun wasn't ready to throw in the towel after the financially calamitous first edition of 2004: "Chin said "We're going to do this next year," recalls Augustin. "I looked at her and said "Are you sure you want to do it?" We did it with a little bit of support and for maybe half the cost of the first edition. The second year was the key year."

The diversity of jazz-related genres (and beyond) in the 2004 edition set a blueprint which the PIJF has made its trademark, though with greater risk-taking in the programming over the years. The second edition pretty much followed the pattern of the first, musically speaking, though saxophonist Greg Lyons Nonet and pianist David Gomes' Trio featuring singer Junji Delfino raised the bar a tad. Significantly, the 2005 edition expanded to three days and featured discussion forums for the first time.

The financial difficulties of the first year certainly hadn't dampened Augustin and Choo Yeun's enthusiasm nor altered their shared vision to make the PIJF a success. Augustin cannot praise Choo Yeun's role highly enough: "Chin has put up with many of my ideas, ramblings, grumblings and a whole lot of nonsense," he admits. "Very, very often she's kept the ship on the right course, steering me and the team when we have tended to go off-course. She is very much the cornerstone of the festival foundation."

Thanks to Choo Yeun's insistence PIJF made it to the second year. Augustin remembers clearly at the end of the second edition of PIJF sitting in the lobby chatting with fellow jazz festival director JJ Inn, of South Korea's now world-renowned Jarasum International Jazz Festival: "JJ looked at me and said, "Now you've done the second one you know what's going to happen now, don't you?" I said "Yeah, I've got two feet in the water now and I can't stop." We had to do the third one," he relates.

For the third PIJF the cavalry arrived in the form of a major sponsor, Mercedes: "The third year was much easier," acknowledges Augustin. "Our main objective of the festival that year was to make them [Mercedes] happy, which they were. With everybody all-smiles, Augustin proposed that Mercedes commit to the PIJF for three years, which the auto giant was pleased to do: "So, we had no choice but to go on to number six," says Augustin laughing.

Importantly too, in terms of raising its profile, the PIJF was also able to invite international media and 2011 saw a Malaysian government-sponsored media pack hailing from New Zealand, Italy, Indonesia, Norway, Canada, Japan, Slovenia, Singapore and Laos. Music magazines, travel and lifestyle magazines all gave important exposure to the PIJF and to Penang itself as a world class holiday destination; even Reader's Digest got in on the act.

Mercedes also sponsored the PIJF for its seventh edition but a worldwide policy restricting event sponsorship to a maximum of five years meant that Augustin and Choo Yeun were scrambling around once again to secure sponsorship for the following year.

By this time the PIJF's name had grown internationally and increasing numbers of bands from all over the world wanted to play the main stage. Without a major sponsor, however, there wasn't the money to attract big names to the PIJF.

Penang, though can offer something else, and that is a potential gateway to other festivals in the region and beyond: "We worked on getting people of good standing in the industry, festival directors, promoters and agents to come here," Augustin points out. "Once bands play here they get recognized by other festivals. They might go on to play Jarasum, Hong Kong, and Singapore; they make the contacts here." 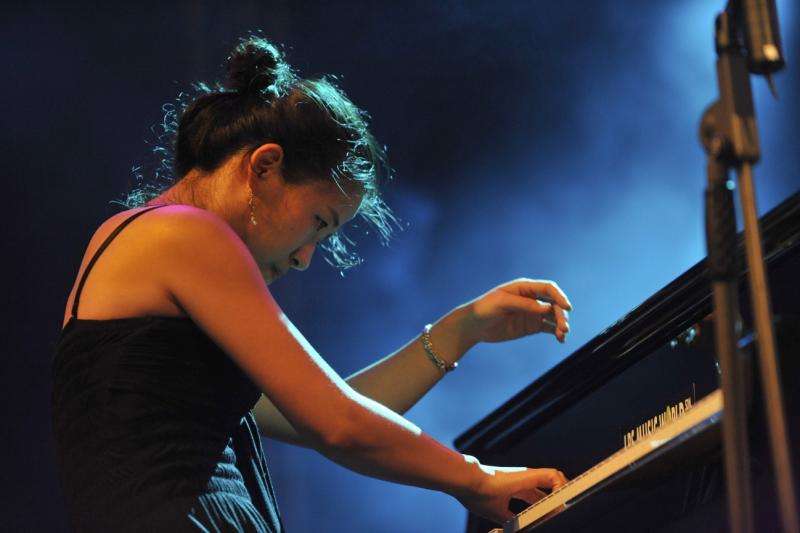 Over the past decade Agustin and PIJF have striven to foster relationships with other jazz festivals throughout Asia and Europe: "Relationships are very important," Augustin emphasizes. "They are the most important thing. When I travel to other festivals or conferences I'm not thinking about bringing bands here or selling bands. I'm trying to build relationships with people. If you can build a good relationship with someone then, with patience, everything else will come."

To this end, the PIJF has developed a close working relationship with JJ In, Director of the Jarasum International Jazz Festival in South Korea: "We have a kind of Memorandum of Understanding with Jarasum to help promote each other's festivals and to exchange bands between the two countries," explains Augustin. "It has helped both of us, but especially Penang because a lot of people want to play Jarasum and one of the ways for them to do it is through Penang. Almost every year, exciting South Korean jazz bands have played PIJF, with the outstanding pianist Francesca Han giving a most memorable performance at PIJF 2012.

Malaysian bands too have played Jarasum; the Aseana Percussion Unit, Andy Peterson Inc, Paul Ponnudarai, James Boyle & Ragged Tigers, Ocean of Fire & Dasha and The Roger Wang Trio have all gained important international exposure and large festival experience at Jarasum. The JIJF, like PIJF celebrated its 10th anniversary in 2013 and it may give small jazz festivals everywhere hope to learn that Jarasum, which almost went bankrupt after three editions, attracted over 230,000 people at its 10th anniversary bash. The PIJF also looks to the Hong Kong International Jazz Festival for similar mutually beneficial exchanges: "We have a good relationship with [HKIJF Director] Peter Lee," says Augustin, "who's also involved with a couple of jazz festivals in China."

Lee brought one of the most original bands to play the PIJF, Taiwan's Sizhukong, whose blend of traditional Chinese and Western instrumentation on original material drawing from Chinese/Taiwanese folkloric tradition and jazz lit up the main stage of the PIJF in 2009. Collaborations with other countries in the region have been less productive: "We've tried to do the same with Singapore and Indonesia," says Augustin, "but it's a little more difficult because they look upon Penang as the little brother." 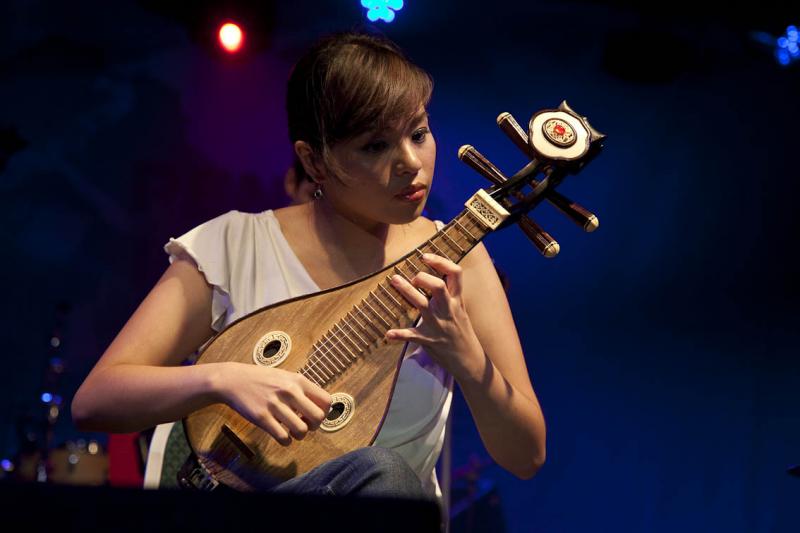 The exception has been Indonesia's premiere jazz advocacy organization Wartajazz, which has brought the best of Indonesian jazz to Penang on a number of occasions. The trio Boi Akih—a sort of little Shakti—gave a thrilling performance at PIJF 2010, while trumpeter Rio Sidik did likewise in 2011. Augustin is always looking to forge new relationships with festivals and promoters with the joint aims of bringing new sounds to PIJF and potentially opening doors to Malaysian bands to play abroad. Augustin's growing links to Thailand has seen Thai saxophone legend Koh Mr. Saxman headline the Saturday night of PIJF 2009. For the 10th edition of PIJF Jazz Kamikaze will grace the main stage thanks to Vichart Jirathiyut, who represents Jazz Kamikaze in Thailand.

As the years have passed and the PIJF has firmly established itself in the national and international music calendar, Augustin's programming has been astute and increasingly adventurous: "I've said this before but in the first couple of years people always asked us who was playing the festival," says Augustin, "but after the first few editions people knew that no matter who we put on in the festival it would be good music, even if they'd never heard of the groups."