Pat Metheny at The Space at Westbury 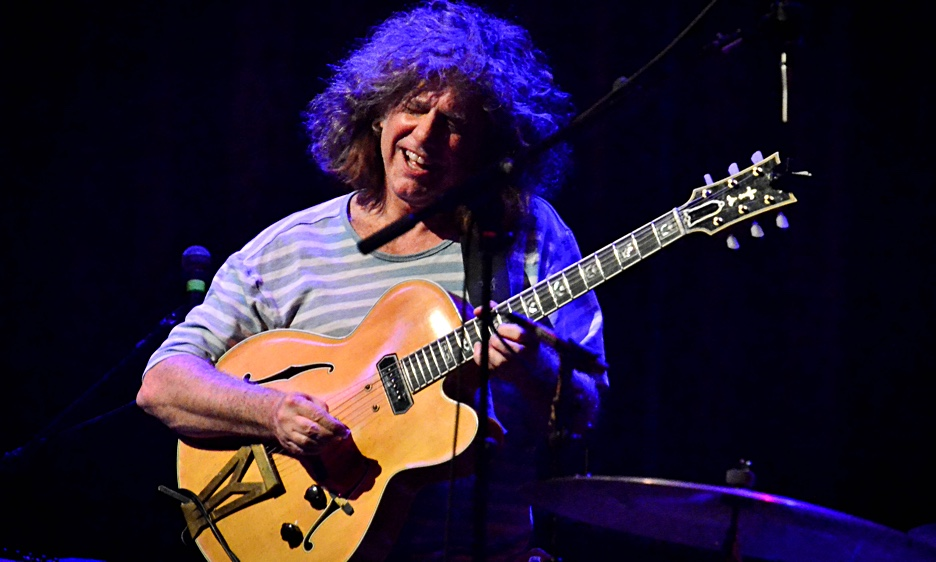 Pat Metheny is considered as one of the greatest and most influential guitarists in jazz history. His musical canon is extensive. His playing fuses elements of modern, progressive, Latin jazz, blues, swing, improv and, of course, jazz fusion. Metheny counts Wes Montgomery, Ornette Coleman, Miles Davis, Weather Report, The Beatles, Steve Reich, James Taylor, Bruce Hornsby, Cheap Trick, and Joni Mitchell among his influences. He is always re-inventing himself and, as a result, is often referred to as a trailblazer. Metheny has a huge catalog of music, having released almost fifty albums (three of which were certified as gold by the R.I.A.A.). He has been inducted into several Halls of Fame, received numerous honors/accolades and won 20 Grammy Awards. He is the only artist to win Grammys in 10 different categories.

On a pleasant early April evening in Westbury, NY, Metheny's Side Eye Tour touched down at the sold-out Space at Westbury concert venue. The Side Eye Tour, Metheny has been quoted as saying, is "an ongoing setting to feature a rotating cast of new and upcoming musicians who have particularly caught my interest along the way." On this night, Metheny was joined on stage by drummer and songwriter Nate Smith and pianist, keyboardist, composer, and arranger James Francies.

The concert began with Smith and Metheny performing "Blues For Pat" and "James" (an homage to James Taylor which originally appeared on the 1982 ECM Records album Offramp). Following those tunes, Smith stepped aside and Francies performed two tunes (most notably "Have You Heard") with the virtuoso guitarist.

The concert began in earnest with all three musicians working together like a well-oiled machine, starting with "So May It Secretly Begin" and segueing into "Bright Size Life." Highlights of the performance included: the covers of Ornette Coleman ("The Good Life") and Michael Brecker ("Timeline") as well as "Bright Size Life" (with its wonderful crescendos), "Jaco," "Always And Forever" and one of his older tunes—"Farmer's Trust" from Travels (ECM Records, 1983).

The performance was fantastic and nuanced with extraordinary interplay between the three musicians. The venue was filled with an incredible energy—the type of energy that allowed the fans to feed off of the vibe from the stage and the musicians to feed off of the excitement of the crowd. Metheny, Smith and Francies were having fun and judging by the applause, cheers and whistles both at the beginning and end of each tune, the audience members were thrilled and loved every minute of the show.