By MARK CORROTO
November 15, 2008
Sign in to view read count 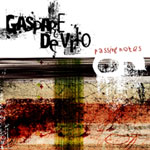 An attempt to define Italian jazz is similar to trying to identify an American by only traveling to Texas. Just as American jazz differs from New York to Chicago or L.A., the jazz of Italy has many facets and it continues to surprise and entertain with its many flavors and eccentricities.

Enter saxophonist Gaspare De Vito, whose jazz is rooted in both Cuba and Africa. On Passing Notes, he assembles a percussion-laden quartet for some stripped-down jazz that immediately captivates with infectious rhythms and sympathetic musicianship. The force with which Roberto Bartoli's bass and Danilo Mineo's conga drives this session is, like much Cuban music, the centerpiece of this session. De Vito (like Dizzy Gillespie before him) knows the 'it' here is the pulse. And he keeps that pulse very much alive.

Brief tracks such as "The Fish From London" and "Monk's Cream" are Passing Notes' meat and potatoes. De Vito's alto and Nijen Antonio Coatti's trombone state the themes in unison over propelling rhythms before breaking into improvisation. Sitting still for this music is not an option. This is world music—not watered down bookstore background music, but attention deserving music akin to that of Don Cherry, Steve Coleman, or Adam Rudolph.

Besides alto, De Vito picks up a flute on "Sunrise (first day)," a meditative piece adorned by marimba and conch shell accompaniment. The continent is indeed Africa, as it is on the bass-driven "Fanfare," where the muted trombone acts as the spoken partner to De Vito, with Mineo walking the congas directly to the heart. De Vito's alto is a call to order presiding over the entire affair, but he doesn't monopolize this recording; it is, indeed, an ensemble statement.

The quartet opens "Too Easy To Love" with a trombone/bass march, before De Vito's squawky, Evan Parker-like horn tears things up a bit. The contrast of a calm verse agitated works to great effect, as does the overdubbed "Kalakuta," with its layers of brass that spread the sounds in a quieting repetition reminiscent of John Lurie and The Lounge Lizard's Voice Of Chunk (Agharta, 1989).

Africa might be the genesis and Cuban the hothouse, but Italy has become playground for the jazz of Gaspare De Vito.

The Fish From London; Sunrise (first day); Looking For The Roots; Morning Prayer; Monk's Cream; The Fanfare; Too Easy To Love; Kalakuta; Sunrise (day after).