By CHRIS MAY
September 24, 2009
Sign in to view read count
The first two entries in the Afrobeat Diaries looked at the extraordinarily courageous albums with which Fela Anikulapo-Kuti took on the Nigerian military regime during the mid to late 1970s. Part 3 revisits two outstanding albums made by key Afrika 70 members during the same period—trumpeter Tunde Williams' Mr Big Mouth (Afrodisia, 1977), recorded in 1975, and baritone saxophonist Lekan Animashaun's Low Profile (Not For The Blacks) (Kalakuta Records, 1995), recorded in 1979 with additional recording in 1986.

Both albums were produced by Kuti and presented Williams and Animashaun leading bands drawn, respectively, from Kuti's contemporaneous Africa 70 and Afrika 70 lineups. In addition to their instrumental contributions, Williams and Animashaun also wrote, arranged and took lead vocals on their sets. Both albums were only available in small numbers on original release and soon became collectors' items. In 2004, the two albums were reissued on a single CD by London's Honest Jons label. That disc remains on catalogue in 2009. 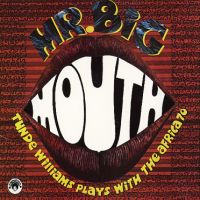 Only a handful of albums featuring Africa/Afrika 70 fronted by musicians other than Kuti were made during Afrobeat's purple period which lasted from the mid 1970s to the mid 1980s. Drummer and bandleader Tony Allen—who deserves, alongside Kuti, co-credit for the creation of Afrobeat (and who will be the subject of an upcoming Diary)—was one band member who had the opportunity. Williams and Animashaun were others. But the second-strand Africa/Afrika 70 albums, though infrequent, are of a uniformly excellent standard.

The infrequency of the projects is explained by the extreme pressures facing Kuti and his organisation during the period, some of which were documented in Part 1 and Part 2 of the Diaries. For starters, the Kuti-fronted band recorded prolifically: at its busiest, between 1975-1977, releasing 19 albums (an average of over six a year), from He Miss Road (EMI Nigeria, 1975) to No Agreement (Decca West Africa, 1977). Second, the organisation was subject to increasingly oppressive, and outrageously violent, reprisals by the Nigerian army and police, including the wholesale destruction of Kuti's live/work compound Kalakuta Republic in 1977. Finally, by the early 1980s, Kuti himself was increasingly involved in extra-musical political activities, including running for president, as punishment for which he was jailed in 1984 on trumped-up currency smuggling charges. He served 19 months.

Tunde Williams, born in 1943, began professional life as a drummer and percussionist before switching to trumpet. He joined Kuti's pre-Africa 70 band, Koola Lobitos, in 1967, and stayed with Kuti until 1978 (when the Afrika 70 breakup which would lead Kuti to form Egypt 80 began). After successful years as a session player in Lagos, he relocated to the San Francisco Bay area in the mid 1980s. 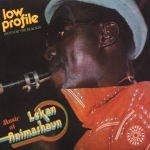 A featured soloist on many of Kuti's albums, Williams' hard bop flavoured trumpet is the focus of "The Beginning," a moody, mid-tempo instrumental which was originally side two of Mr Big Mouth. The track lasts 14 minutes, the second seven of which are given over to a feisty Williams' solo played against a call and response horns arrangement. On the up-tempo "Mr Big Mouth," Williams puts down the trumpet to deliver the lead vocal, his lyrics addressing the corruption and fraud rife among the Nigerian business class. As a singer, Williams is technically competent, with a style resembling Kuti's though lacking some of its depth. Kuti himself plays agitated saxophone and organ solos. On this track, Afrobeat's signature interplay between tenor and rhythm guitars is as good as its gets, and altogether, Mr Big Mouth sits comfortably alongside any Kuti-led album of the 1970s.

Lekan Animashaun, born in 1936, joined Koola Lobitos in 1965, and stayed with Kuti until the latter's death in 1997. In Egypt 80 he took the bandleader role held by Tony Allen in Africa/Afrika 70. In 2009, Animashaun plays alto saxophone in, and is musical director of, the Egypt 80 lineup fronted by Kuti's son Seun.

With its basic tracks recorded in 1979 (but release delayed until 1995), Low Profile (Not For The Blacks) was made during the breakup of Afrika 70. This is why Allen is the drummer on one track, "Serere," and Masefive Anam takes over on the other, "Low Profile (Not For The Blacks)." Animashaun is lead vocalist on both tunes. As a singer, his delivery is closer to that of traditional Nigerian music than those of Kuti or Williams, and he makes less use of the Broken English Kuti adopted to give his own lyrics wider currency. The effect is refreshing. On the title track, Animashaun contrasts the bling-like profligacy of the Nigerian ruling elite with the standard of living the mass of the people were expected to endure; on "Serere" he tells his listeners that justice and morality start at home.

Animashaun's saxophone is heard winningly on both tracks, and the tough, declamatory solo on "Serere," played against an unusual (for Afrobeat) horn arrangement evoking the dramatic filmscore flourishes of Elmer Bernstein, is among the best he recorded during the period. There are strong solos too from trumpeter Olu-Otenioro Ifayehun and keyboard player Durotimi Ikujenyo. As much as Williams' Mr Big Mouth, Animashaun's Low Profile (Not For The Blacks) is first-generation Afrobeat at its best.

Low Profile (Not For The Blacks)

Tracks: Low Profile (Not For The Blacks); Serere.