By FREDDY CHARLES
February 27, 2011
Sign in to view read count 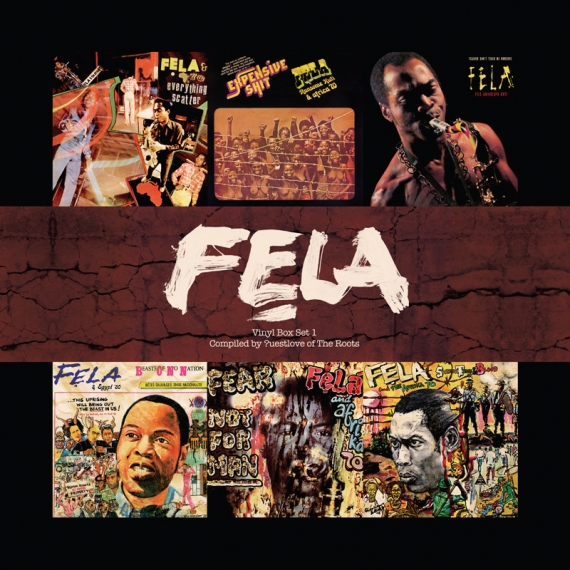 With the release of the eight-CD and download collection Fela Power Show: Batch 4, two of the strands in Knitting Factory Records' high-end Fela Kuti reissue project have come to a conclusion. All of Kuti's albums are now available on CD and download (and additionally, via Britain's Wrasse Records, collected in one all-encompassing box set, the 27-disc The Complete Works Of Fela Kuti). 2011 is starting to look like completist heaven.

And there's more to come, with Knitting Factory's vinyl reissue program: a series of box sets each comprising six albums packaged in their original sleeves. The first, Fela Vinyl Box Set 1, was curated by ?uestlove, the producer, DJ and member of The Roots; the second, to be released later this spring, has been curated by the drummer Ginger Baker, who recorded with Kuti in the 1970s.

For his box, ?uestlove selected three Afrika 70 classics (Everything Scatter, Expensive Shit, Sorrow Tears And Blood), the intriguing but lesser-known Fear Not For Man, and two late-period Egypt 80 masterpieces (Teacher Don't Teach Me Nonsense, Beasts Of No Nation). ?uestlove chose these albums because, he says, "they are the ones that people have sampled in popular hip-hop songs and covered the most." Sorrow Tears And Blood was also the first Kuti album he heard.

Pressed on heavy gauge vinyl, with original front and back cover artwork, and with a stout storage box, Fela Vinyl Box Set 1 comes with a large format booklet which includes: song lyrics; album notes by AAJ's Christof May; an essay by Jacqueline Grandchamp-Thiam and Kuti's longtime friend and manager, Rikki Stein; and rarely seen photographs by Howard Cash and Janet Griffith. The box also includes a reproduction of a poster advertising an Egypt 80 performance in Texas in 1986.

It's an artifact of class, beautifully designed and heavy in the hands. It's also, of course, heavy in the ears. Any six Kuti albums, chosen at random, would make an enticing set, but ?uestlove's selection—covering as it does a good span of years and combining the iconic with the lesser known—is an excellent one. Everything Scatter and Expensive Shit (both 1975) are landmark, early purple period Afrika 70 albums; Sorrow Tears And Blood and the stylistically-atypical Fear Not For Man (both 1977) reek of the period immediately following the Nigerian army's destruction of the Kalakuta Republic commune; Teacher Don't Teach Me Nonsense (1986) was one of the few Kuti albums to be recorded by a guest producer (Wally Badarou), and was by far the most successfully realized; Beasts Of No Nation (1989) addressed the struggle against apartheid, and the support given to its enforcers by Ronald Reagan and Britain's Margaret Thatcher, to devastating effect. 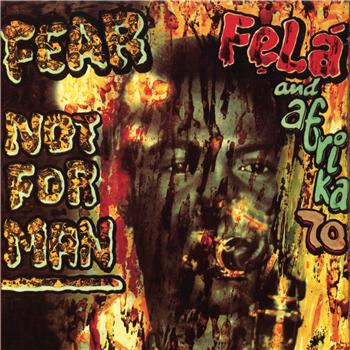 There's something else. Full-size album cover reproductions allow the work of artist Ghariokwu Lemi to be seen as it was originally meant to be seen, with every detail, nuance, joke and barb in plain view. Lemi was an integral part of Kuti's Afrobeat. His empathy with Kuti's music and politics (Lemi was a Young African Pioneer activist back in the day), combined with an independent mind—Kuti gave him complete artistic freedom with his sleeve designs—and a singular graphic style, gave his work impact first time around, and gives it enduring resonance today.

It's wholly appropriate that the success of the Broadway musical Fela! has reenergized Lemi's career. Art galleries around the world are keen to mount exhibitions of his work, an "art book" collection of sleeves is being prepared for publication, and he is the designer-of-choice for some of the best young Afrobeat bands emerging in Europe and the US. The full-size reproductions in this box, of his front and back cover designs for Sorrow Tears And Blood, Fear Not For Man, Everything Scatter and Beasts Of No Nation, are testaments to his genius.

Tracks: Everything Scatter; Who No Know Go Know.

Fear Not For Man

Beasts Of No Nation