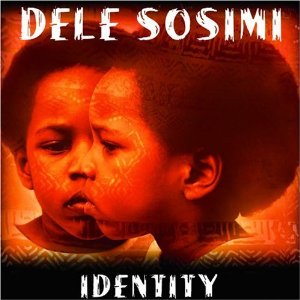 Keyboard player and singer Dele Sosimi, a member of Fela Kuti's Egypt 80 from 1979-86 and Femi Kuti's Positive Force from 1986-94, returned to London, where he was born in 1963, in 1995. A decade and a half later, he leads three bands in the city: the acoustic Afrobeat Trio with bassist Femi Elias and drummer Kunle Olofinjana, the Gbedu septet (which adds horns to the trio's lineup), and the 10-15 piece Afrobeat Orchestra (more horns, guitars and backing vocalists). Since autumn 2010, Sosimi has acted as music consultant to the London production of the Broadway musical Fela!, of whose stage band he is a key member. Sosimi also organises London's bi-monthly Afrobeat Vibration all-nighters, which present the Orchestra, guest musicians and Afrobeat DJs, and works as an educator with the Afrobeat Foundation, which he founded.

Along with Afrika 70's drummer, the now Paris-based Tony Allen, with whom Sosimi has regularly performed, and Fela Kuti's sons Femi and Seun, Sosimi has worked tirelessly to nurture and develop Afrobeat. As the fliers for Afrobeat Vibration events have it: "Afrobeat is more than a music. It's a movement." This column officially declares Sosimi a Hero of Afrobeat.

Sosimi has made two albums with the Afrobeat Orchestra: Turbulent Times (Eko Records, 2002)—reviewed in Part 16 of Afrobeat Diaries—and Identity. Both are outstanding, rooted in Fela Kuti's original blueprint but not constrained by it, and both deserve far wider currency than they have enjoyed so far.

Turbulent Times was a mostly instrumental disc which featured Sosimi's jazz chops along with those of horn players Byron Wallen (trumpet, flugelhorn), Justin Thurgur (trombone), Linus Bewley (tenor saxophone) and Tony Kofi (baritone saxophone). On Identity, Sosimi's keyboards share the spotlight with his vocals, while the arrangements continue to enrich the basic Afrobeat paradigm with infusions of jazz, Latin, traces of highlife, and funk (given the prominence of Elias' serpentine electric bass, more Bootsy Collins' Rubber Band than James Brown's Famous Flames, an early inspiration of Fela Kuti and with whom, of course, Collins played before going solo). Sosimi's horn arrangements, intricate yet unfailingly visceral, which were such a delight on Turbulent Times, are here in all their glory again. Sosimi, Elias, Thurgur, guitarist Kunle Olasoju and saxophonists Eric Rohner (tenor) and Rob Leake (mainly baritone) are the chief soloists.

Sosimi's vocals, only briefly exercised on Turbulent Times, are a revelation, like Seun's possessing an enviable degree of Fela's authority; and the lyrics (most of the tunes were co-written with Elias) stay close to Afrobeat's tradition of social commentary, sung in a mixture of Yoruba, English and Broken English. Tempos and atmospheres are mostly up, and track playing times are mainly around 10 minutes. There are two instrumentals: the urgent "Ori Oka" and the pretty, Latinesque "I Don Waka" (at 4:48 the shortest track).

Following its run at London's National Theatre, Fela! moves to Sadler's Wells for a six week season in summer 2011. Sosimi will doubtless continue to drive the stage band. His third solo album is now long overdue, and it is to be hoped that the success of Fela! will assist its recording and release without too much further delay.