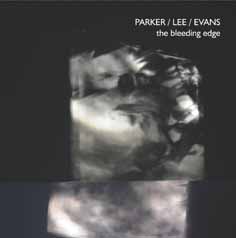 The coming together of American trumpeter Peter Evans, Korean (now New York-based) cellist Okkyung Lee and English saxophonist Evan Parker is a fine example of the trans-continental links that connect improvising musicians across the world. Despite their coming from three continents, it was no surprise when the three finally played as a trio; if anything, there was an inevitability about their coming together to play in October 2009 during Parker's two-week residency at The Stone in NYC. In 2008 Lee and Evans had played in the fine trio with pianist Steve Beresford (himself a member of Parker's quartet) that recorded Check for Monsters (Emanem, 2009). Evans and Parker had frequently collaborated in concert or on disc, with Evans joining Parker's Electro-Acoustic Ensemble in 2007.

For an improvising trio such as this, it aids enjoyment immeasurably to be able to hear the contribution of each participant distinctly, thus making it possible to hear players' interactions and responses easily. Here, that is greatly aided by two distinct factors, the instrumentation and the location. Coming from three different "families" of instruments, the timbres of the saxophones, cello and trumpets make them easily separable, despite very occasional blurring of the boundaries between them, mostly due to Lee or Evans deliberately straying onto saxophone territory. The album was recorded in May 2010 at Parker's favourite recording location, St Peter's church, Whitstable; the church's superb acoustics allow the instruments to resound but not for their sounds to become muddied or blurred. Of the eleven tracks, six are trios, the other five duos which cover the three possible twosomes.

The opening trio establishes a pattern for all of the threesomes, being relatively short compared to pieces played live (only two tracks here are over eight minutes) but packing a lot of playing into the time. All three musicians play almost constantly, with their lines interweaving and snaking around each other. It goes without saying that each of the players is a first-rate improviser, very experienced and adept at playing in such circumstances. None of them is used to taking a back seat and, rather than them competing for the limelight, they are all the focus of attention constantly. Their experience shows in the ways in which they react to each other and subtly adapt their playing to accommodate the other two. Of course, with each of the three constantly reacting and adapting to either or both of the others, the sum of the parts rapidly becomes a complex web of interlocking strands; at any time, any one of the three could momentarily be the focus of attention before subsiding and being supplanted by another and so on, a mesmerising process that reveals different facets every time it's heard.

Of all the trio pieces, the fourth is the longest at nine and three quarter minutes and also the most distinctively different. With similarly interwoven lines to the other five, on it the musicians hit upon complementary melodic phrases which fit together well like pieces of a jigsaw; they explore and evolve them while managing to retain an appealing sense of unity and harmony. As Parker has remarked before, "It is a core belief of mine that group improvisation works partly because there are intuitive and telepathic understandings between the players. At its best, there are psi phenomena at work." This piece could be cited as supporting evidence for that statement.

Interspersed with the trios, the duos provide a different slant on the interactions of the players, all of the tracks combining into a coherent picture. As each player in the duos only has one other to react to and accommodate, the pieces are inevitably less complex than the trios but with a greater sense of playfulness and interaction. On the duos that include Evans—two with Lee, two with Parker—the players sound as if they already know each other well and are renewing ongoing relationships. The fifth is a duo between Lee and Parker, maybe their first duo together; it is remarkable for the way their sounds blend together and match. Definitely a pairing to be repeated.

At the launch concert for The Bleeding Edge Parker sat on stage between Lee and Evans; he took the opportunity to praise them, "The future of music is sitting on either side of me." On this evidence, that is undoubtedly true, but Evans and Lee could have truthfully returned the complement.