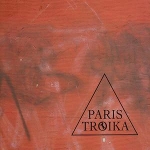 The horizon of hip jazz keyboard trios is littered with the likes of The Bad Plus, Medeski Martin & Wood, the Big Apple Trio and Soulive. Too cool for school. Because in jazz, contrary to Duke Ellington's supposition that there are only two types of music—good and bad—there is really no bad music, and these bands all have considerable charms. They all have tried to address popular music from the 1970s with differing degrees of success. The golden fleece of jazz in the 21st century is the establishment of the "new canon" of standards, apart from and in addition to the Tin Pan Alley tunes of the 1920s and 1930s and jazz standards of the 1940s and 1950s.

Enter keyboards player Misha Piatigorsky and his new trio, Paris Troika. Born in Moscow, Piatigorsky adds to the impressive number of talented jazz musicians coming from Eastern Europe and beyond. His Uncommon Circumstances (Self Produced, 2007) was an impressive debut followed quickly by AYA (Misha Music, 2007) and 17 Rooms (Misha Music, 2009). Expertly versed in a variety of jazz styles, Piatigorsky heads into currently poorly charted musical territories, hoping to better define them.

The present Paris Troika also includes electric bassist Buster Hemphill and drummer Chris Wabich. The subject of this recital is part of the classic rock canon that emerged between 1970 and 1980. Within the perimeter of instrumental jazz, rock and popular musics have notoriously resisted any serious treatment. Pianist Herbie Hancock's The New Standard (Verve, 1995) was an impressive recording of modern tunes, easily the most successful until Piatigorsky's current offering.

Paris Troika is crazy fun and inventive. Piatigorsky deftly captures the spirit of the music he surveys, mixing jazz and rock elements like a musical alchemist in the service of Rasputin with mad cow disease. David Bowie's "Space Oddity" opens the disc with some beautifully strange electronics and drumming by Wabich. This is a perfect introduction to what the band is trying to do: transform these songs without destroying them in the process. The song begins quietly, welling into "A Day in the Life" crescendo before eveing out into the ultimate groove with strings courtesy of Carmel Raz. Hemphill introduces himself smartly and will reappear often throughout the disc. The song is a bright indication of what the remainder of the disc delivers.

Jimi Hendrix's "Purple Haze" is no stranger to either jazz or classical interpretation. Here, the band retains enough wildness in the form of electronics and arrangement to make the song credible as a jazz vehicle, quoting "Smoke On The Water" in the bargain. "Three Tears Past Midnight" is the sole original composition on the recording and fits the remaining material like a glove. The song is immediately familiar, that brilliant deja vu in music where a song sparks a note of recognition while being completely original.

Then there are the combos. "Elejoey" is the The Beatles "Eleanor Rigby" and "Hey Joe." The combination is immediately exciting. The thrill of recognition to those of a "certain age" is not denied. Piatigorsky's arrangements are over the top intelligent and provocative. He weaves seamlessly between between the songs and solo passages, surprising and delighting with every turn. The Eagles' "Hotel California" is given a Southern California treatment, with melodic introduction by Hemphill playing a perfectly metallic electric bass tone. Piatigorsky plays the chorus over Wabich's brushes, slowly coaxing the song along. Wabich's brushes are time perfect and Piatigorsky never rises above a murmur...and that is all that is necessary.

The Door's "Light My Fire" is a fracture 21st century contrapuntal contest between Georg Frederich Handel and Domenico Scarlatti, out-dueling one another at the the piano and organ. The band mashes Madonna's "Borderline" into the end creating a dizzying cultural experience. Eric Clapton's "Layla" propels urgently on the momentum of Hemphill and Queen's "We Are The Champions (No Rematch)" is a stately recital to the kings and queens of the future. "Sketchy Black Dog" mashes Led Zeppelin's "Black Dog" against the Beatles "Helter Skelter." The effect is like reading Thomas Pynchon by lightning, igniting the pipe with the flash. The band's transitions are perfect.

John Lennon's pensive and hopeful "Imagine" unsuspectingly emerges as the disc highlight. Piatigorsky's light touch and intelligent phrasing reveal parts of this peaceful warhorse otherwise never heard. He rounds his verses with such a touch it sounds like Joe Sample playing a Fender Rhodes, infused by the spirits of Bill Evans and Erroll Garner while informed by Brad Mehldau. The Police's "Message In A Bottle" closes this excellent disc on a Dave Brubeck-off-time- classical-music note. Finally, some headway is made in the jazz interpretation of modern popular music. It will be fun to hear what happens next.