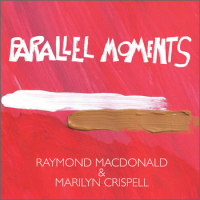 Philadelphia, PA, reared pianist Marilyn Crispell looms as one of the more prolific artisans of progressive jazz and avant-garde forums amid her affiliations with saxophonist, composer Anthony Braxton and bassist Gary Peacock, among others of note. Here, she aligns with highly respected Scottish saxophonist Raymond MacDonald, who is the co-founder of the Glasgow Improvisers Orchestra and also composes for film, theater and TV. Therefore, many of these improvisation-based duets tend to bridge various perspectives and thought processes, and such is the case here, on this recording captured live in 2010 at London's Vortex Jazz Club.

Indeed, the duo tenders a robust offering. With a cornucopia of micro-vignettes dispersed throughout the agenda, including bluesy after hours like vibes, they also trade peppery fours along with microtonal episodes, where you could probably hear a pin drop. The musicians throttle numerous currents via spurious dialogues and fragmented choruses while working through mini-themes, perhaps with the focus and intent that would be resident for solving a complex jigsaw puzzle. The duo expands contracts and on "A Subtle Freedom," MacDonald's searching notes ride above Crispell's splintered patterns, as the tide shifts on the following piece "Notes in the Sky," where the artists yield an intensely playful plot. Moreover, they moderate the flow with wistful sentiment but re-energize and catapult into whirlwind discourses. In other regions of sound and scope, they dish out a few hard-hitting, cyclonic ostinatos at a dizzying pace.

Crispell caresses the piano strings, exuding a phantasmagorical hook that offsets MacDonald's whirlwind lines on "Sun Song." However, they go full throttle with a tumultuous free flowing jaunt on "Parallel Moments," and experiment with variable tonal shadings towards the finale. Overall, it's easy to discern that the musicians were ready for the occasion. They aim to excite the mind throughout this rather stirring, multilevel program that comes at you from a host of disparate angles.