By MIKE JACOBS
September 13, 2016
Sign in to view read count 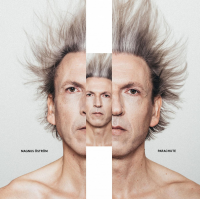 Perhaps Magnus Ostrom's third offering Parachute, will signal the end of the need for comparisons to his former iconic enterprise—The Esbjorn Svensson Trio.

Or perhaps not. Tall order, that. Even eight years and multiple solo albums after Svensson's tragic death, EST still casts a long shadow for both its surviving members. One that Ostrom may have indeed earned passage from with his group (likewise for EST bassist Dan Berglund with his group, Tonbruket), but whether either have yet done so in the minds of their audience is arguable. This may seem an over-lingering burden but it is also a testament to EST's earned stature and the importance of its legacy.

With his two previous albums (2011's Thread of Life and 2013's Searching for Jupiter), Ostrom has borne the weight of that legacy not only with grace and honesty, but with a keen balance of reverence for his past and a clear desire to forge ahead. With Parachute, his vectors are further delineated and leave little doubt that any lingering resemblances to EST are not based in nostalgia. Rather, they are evidence of the creativity, style and predilections Ostrom formed with and brought to his former band—and are now the ones he consciously chooses to press forward with his present group.

Returning with the same personnel as on "Jupiter," the band's strengthening chemistry and unity of vision shows on Parachute. This group deftly enables Ostrom's recognizable compositional aesthetic—a unique blend of rhythmic acumen, accessible melodicism and artful distillation—and executes it with understated virtuosity and an undeniable sonic identity.

The compositional brand Ostrom has forged on previous releases is reinforced by some tunes here but, as before, is also broadened by others of a sort not generally anticipated from a drummer's pen. As polymetric as Ostrom can be, he can find the sublime pleasure in the clock-like time keeping of a tune like "All the Remaining Days." Likewise, the steady, wandering strides of "Walkabout Bug" not only exude a simplicity to get lost in, but highlight that Ostrom is a drummer-composer-bandleader interested in more than just furthering the "drum agenda."

But perhaps it is Ostrom's trademark kinetic juggernauts like "Junas," "Reedjoyce" and the stellar title track that may be of the most compelling type on this collection. It may be a forgone conclusion that tunes of this sort are staples on a drummer-led project but their successful realization is decidedly not. It's no small feat that in the bulk of these tracks, the entire band melds so well in sync and timbre that it sounds like a singular, driving, kaleidoscopic instrument.

There are also a few excursions of note on the album. On "Junas," anarchic elements are introduced into the Ostrom oeuvre. Trumpeter Mathias Eick provides a lovely guest solo turn over the electronica-beat underpinnings of "The Shore of Unsure." And on "The Green Man and the French Horn"—a ballad bookended by a chamber melody—the members diverge somewhat from their solidarity to become more a collection of sympathetic satellites. This piece accounts for some of the most evocative microcosms on Parachute and further pleads the case that guitarist Andreas Hourdakis and keyboadist Daniel Karlsson are deserving of greater name recognition.

Ostrom's drumming is at times such an understated, integral affair that it's easy to not properly assess how eloquent, idiosyncratic and musical his playing is. And indeed, its pairing with Thobias Gabrielson's so-essential-it's-almost-invisible bass playing heightens the enviable effect of the rhythm section dissolving into the superstructure of the music—for the music's sake.

Parachute also signals a move to less reverb-laden production values. This is notable not because it was a detraction from previous efforts—Ostrom's judicious and sometimes dramatic use of reverbs and delays was quite effective and rich—but because it shows it is also possible to be cinematic without having to swim in reverb.

In short, the leaps Magnus Ostrom has made in his post-EST career as a leader all culminate on Parachute and it may finally be enough to safely guide his holdover EST audience to the realization that Ostrom has already firmly landed in his own identity.

If not, there's still time.

Dog on the Beach; Junas; The Green Man and the French Horn; Walkabout Bug; Parachute; The Shore of Unsure; Reedjoyce; All the Remaining Days.