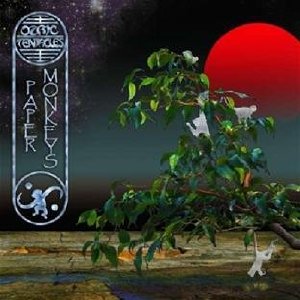 A band that has endured the dips and spikes of the progressive-rock genre since its inception back in 1983, UK-based Ozric Tentacles has the beat on jam-based space-rock via its signature style of execution. With undulating synths, driving pulses and layered sculpting techniques, the quartet almost always bestows a sweeping plane, centered on lucid imagery and might. Ozric's ideology hearkens back to the imaginative persuasions witnessed during the psychedelic era, while keeping pace with modernization from a technical and sound design perspective.

"Lemon Kush" captures the ensemble at its very finest as it tours interstellar space with a sense of commitment. Here, reverberating guitar parts, slithery electronics treatments and a vacillating sound spectrum ride above pulsating rhythms and dreamy synth lines. Brandi Wynne's monstrous bass patterns and Ed Wynne's psycho distortion-laced guitar phrasings contrast classical undercurrents and an illusory perspective, where the instruments deflect and spark light rays across dark vistas while, during the bridge, they transition to a super-speed blitzkrieg, tinted with polytonal effects.

True to form, Paper Monkeys glowingly highlights the band's legendary stage persona, although the album was recorded in a Colorado studio. Indeed, a top-shelf selection nestled within Ozric's voluminous discography.