Grateful Dead: Pacific Northwest '73-'74: Believe It If You Need It

By DOUG COLLETTE
October 7, 2018
Sign in to view read count 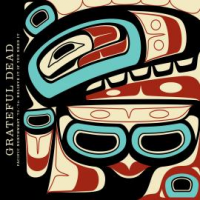 Grateful Dead archivist David Lemieux long ago proved himself a past master at formulating composites of performancess based on more expansive releases from the iconic band's vault. Going back to the triple set culled from The Complete Recordings Fillmore West 1969 (Grateful Dead/Rhino, 2005) to its companion piece double set from Europe '72: The Complete Recordings (Rhino, 2011). The archivist has shown himself intimately familiar with the group's music, allowing him to pick and choose tracks (here from May and June roughly a year apart) that replicate the ebb and flow of a superior concert and he does so again for the purposes of this three-disc package from the larger nineteen (!) CD set Pacific Northwest '73-'74: Believe It If You Need It.

What distinguished the Grateful Dead's approach to improvisation was not just a willingness to completely abandon song structure, but also the imagination to then collectively and individually seek out themes of melody and rhythm for further exploration. And most of the varying lineups over their thirty-year live history also manifest the necessary confidence to gradually return to the original point of departure (and sometimes somewhere altogether different), lingering in their descent at various stages before gliding to the ground or, just as often, hitting it running for a rousing conclusion. To wit, on this third disc, the progression of "The Other One" to "Wharf Rat" then "Sugar Magnolia." typifies band's feel for nuance an attribute as impeccable as Lemieux' own ear for subtlety.

The wildly innovative sound system the Grateful Dead employed during the '73-'74 period covered in this set allowed the band to hear themselves as fully and clearly as the audience did, so it only stands to reason their musicianship would rise to such elevated levels. In describing the context from which Believe It If You Need It derives, Jesse Jarnow's essay in the enclosed book unfolds much like the playing and singing of the band, so while the logic of his prose may at times seem difficult to grasp, (particularly the non-sequitur relating Jerry Garcia'senforced airport holdover), it is otherwise of a piece with the musicianship: witness this triumphant forty-seven minutes of "Playing in the Band" during which the group reaches various points of emphasis that sound as inevitable as the final denouement.

In keeping with the unusually seamless nature of product such as Believe It If You Need It, close inspection of Roy Henry Vickers' original artwork of reveals patterns of continuity comparable not only to the Dead's most open-ended improvisational excursions, but also to the more structured aspects of their music. At this juncture of their career, the group was courageously composing material directly evolved from their playing than at any other time, the result of which is the elasticity of the progression within "Birdsong," but even more notably the respective structures of "Eyes of the World" and "Here Comes Sunshine:" the patterns of both those numbers resemble excerpts from a sterling jam to which ultra-literate wordsmith Robert Hunter composed poetry as evocative in its own way as the instruments in action.

In line with the various entrepreneurial endeavors the Grateful Dead embarked upon around this time, including their own independent record label(s), the 'Wall of Sound' in use on these tours may have been relatively short-lived, but it did nevertheless pre-dated the sonic excellence applied to recordings such as those comprising Pacific Northwest '73-'74. The efforts of group's designated engineer, Jeffrey Norman, along the Plangent Processes team of Jamie Howarth and John Chester, are a natural extension of the concept at the heart of the Grateful Dead's live sound as captured fifty-plus years ago: comparatively brief numbers such as "Sugaree" and "He's Gone" come resoundingly alive by turning up the volume.

And, just as the Grateful Dead set the standard for concert audio then, the overall archiving effort headed by David Lemieux ascends to the same level. In so astutely utilizing the vault contents at its disposal for a package such as Believe It If You Need it, the production team consistently reveals more and more of the depth of artistry in the visionary work of the Grateful Dead.