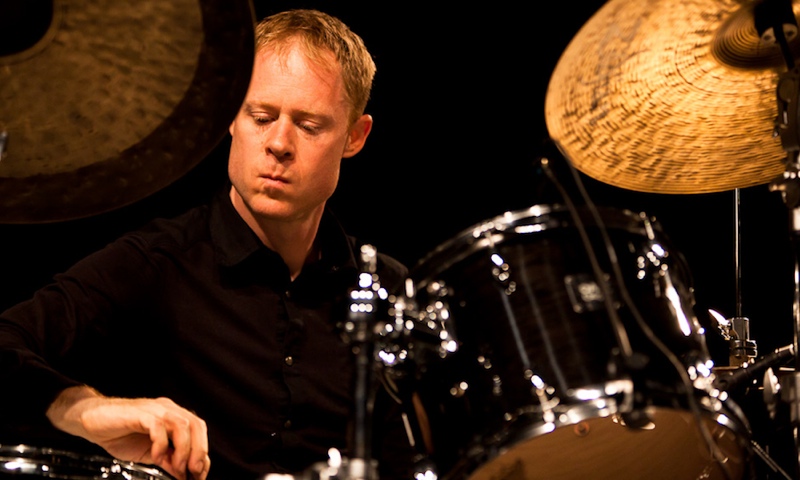 The Outbeat Jazz Festival, touted as "America's First Queer Jazz Festival," where the "Q-word" has become an "in" word, proved to be an innovative event that brought the public's attention to the important role of gay (LGBT) jazz musicians and composers. A series of concerts and discussions drove the point home. It was no accident that the festival was held at venues in and around Center City, Philadelphia, the locus of one of the most thriving and activist gay communities in the world. Sponsored by the William Way LGBT Community Center in conjunction with an array of co-sponsors, most notably the Philadelphia Jazz Project and the Pew Center for Arts and Heritage, the festival, with its array of outstanding musicians, drew a diverse crowd of jazz fans. While sexual orientation and gender-related issues played their part in the events, the performances and atmosphere made the music enjoyable to a general audience regardless of sexual orientation. It turned out to be one of the best jazz shows held in Philadelphia in recent years.

A jazz event that features "hot button" issues and a specific minority group immediately raises questions. In this case, the overriding issue is whether sexual and gender orientation should or actually does play a significant role in music that is universal and is articulated in a "language" that transcends differences and specific interest groups. The answer provided by this festival is that music is indeed universal but that diversity is also important, and that gay artists and cultural influences have played a significant role in the evolution of jazz, a prime example being Billy Strayhorn, a daringly openly gay man in a closeted era, whose compositions and arrangements shaped the music of the Duke Ellington Orchestra and all that followed. Now that gays are "out" and liberated, the impact of gay culture on the performing arts is even more likely to be present. The guiding principle of the festival seemed to be "Let's see what we've got, listen to it, experience it, and talk about it." Such an agenda is not exclusionary or even "activist" in nature. Everyone was welcome at the festival, many of the performers were avowedly heterosexual, the feeling was ecumenical, the issues were handled with sensitivity, and the atmosphere was warm and supportive. As Duke Ellington said, "There are only two types of music: good music and bad music." These performers delivered a potpourri of especially good music.

A complete listing of the festival events is provided at the end of this review. But before discussing the performances, it is important to report on a festival interview and two panel discussions that addressed the issues raised above.

The first of the talks in order of occurrence was New York Times' jazz critic Nate Chinen's interview with pianist Fred Hersch, who has suffered from HIV/AIDS for many years and came out at a time when the prevailing attitude of musicians regarding sexual orientation was "Don't ask; don't tell." Hersch emphasized that he is first and foremost a person and a musician, and he does not consider his music "gay." However, he found that being open and honest about himself helped him play and compose more fully and daringly. Chinen noted that vibraphonist Gary Burton said basically the same thing in his recent autobiography. The point, reiterated by others in the panel discussions, was that the stereotype of the jazz musician as macho and heterosexual is fading into the past, and that this change is good for the musicians and audiences. Hersch himself is a valuable example of someone who has survived a chronic medical condition with great courage and tenacity of purpose. He acknowledged that his frankness about his sexual orientation has helped him do this, but he attaches no particular musical influence to his sexual preference.

The next afternoon, two jazz icons became the focus of attention in the panel "From Strayhorn to Cecil: Jazz Innovation in America" which included Strayhorn biographer David Hajdu, Cecil Taylor (and Sun Ra) scholar John Szwed, and Philly pianist Orrin Evans in conversation with moderator John Murph of Jazz Times'. (The panel was held at the Arts Bank, one of several fine venues under-utilized for jazz that were wisely selected as locations.) The panelists pointed out that Strayhorn was openly gay, while Cecil Taylor equivocated about his sexuality, but one could say that he had definite homosexual tendencies. A surprisingly reserved attempt was made to sort out what influence, if any, their sexuality had on their music. The panelists seemed to express a sentiment that the influence was minimal, Hajdu noting, however, that "gay minstrelsy," a parallel to the black and blackface minstrel traditions, had an impact on jazz, if not on Strayhorn himself. Hajdu said, however, that jazz is primarily heterosexual in its cultural heritage, something he later retracted when a woman in the audience called him to task and said jazz was just "basically human." Bassist Jennifer Leitham, an openly transgendered woman, commented that the "macho" musicians she has encountered lack social skills, an interesting and probably correct observation. Evans emphasized that he has never paid attention to his co-musicians' sexual orientation, perhaps an avoidance rather than a lack of prejudice. This reviewer was struck by the fact that no one wanted to advance the thesis that "gayness" as such has played a major role in jazz, which was heavily influenced not only by figures such as Strayhorn and Taylor, but by cabaret singing and the "lost generation" and bohemian culture of Weimar Germany, Paris, and Greenwich Village, not to mention San Francisco. And Miles Davis, while heterosexual, was influenced by his deep friendship with James Baldwin. Moreover, jazz music is inherently bisexual in its fundamental expression, a complicated point which could best be taken up in another context.

On the third evening of the festival, prior to the appearance of drummer Bill Stewart's quartet at the Painted Bride Arts Center, journalist Murph led a discussion with drummer/composer Stewart, vocalist/pianist/composer Patricia Barber, and William Way CEO Chris Bartlett about the experience of being a gay musician. Stewart, openly gay, minimized the role of sexual orientation in his music and his experience with other musicians. Barber, however, recalled that one of her major job opportunities was taken away from her when the owners realized she was a lesbian. At other points, she was asked to flirt with the men during breaks, like any "girl singer." Nowadays, her music is increasingly "out," incorporating lesbian themes and influenced by lesbian singers. She was the only person in all the discussions who pointed out how painful it has been to be gay in the jazz business. She is not alone in that respect, a matter that needs to be taken more seriously.

The musical centerpiece of the festival was "Lush Life: Philadelphia Celebrates Billy Strayhorn," a two and a half hour extravaganza at the Suzanne Roberts Theater, a place which has all the accoutrements of dramaturgy. Thus, the concert itself magically added up to a skeleton of a Broadway musical, with each piece and ensemble flowing into one another and embodying diverse features of Strayhorn's remarkable legacy. The compositions included many of Strayhorn's "standards," such as "Lush Life," "Chelsea Bridge," "In a Sentimental Mood" (attributed to Ellington but written by Strayhorn, as was much of the latter's work), "Take the A Train,' "Passion Flower," "Isfahan," and "Something to Live For." "Lush Life" was performed as a piano duet with Dena Underwood and Andy Kahn rendering emotionally wrenching piano variations, while the others included diverse vocalists such as crooner Eddie Bruce, Keisha Slaughter, and Rhenda Fearington, as well as poets Lamont Dixon and Christina May, and many instrumentalists assembled into small groups. The overall effect was to amplify the emotional expression and melodic and harmonic beauty in Strayhorn's music.

Bassist Keith DeStefano led a highly competent big band in superb arrangements of compositions not only of Strayhorn, but also David Murray ("Ming," featuring reed player Elliott Levin), Charles Mingus ("So Long Eric"), and Thelonious Monk ("Round Midnight"), thereby showing Strayhorn's influence on modern jazz. This was a top of the line ensemble assembled for the occasion with tight, dense arrangements and ample opportunties for solos as well, all of which brought out the many layers of expression contained in Strayhorn's music. Legendary Philly guitarist Monette Sudler accompanied the big band and appeared with her own group as well. Trumpeter Terell Stafford and saxophonist Tim Warfield further illustrated the value of Strayhorn for improvisation. Backed only by a rhythm section, they peformed "Smeda" and "U.M.M.G." (aka "Upper Manhattan Medical Group") with Stafford's powerful exhortations and Warfield's mastery of harmonic changes showing how well Strayhorn's tunes lend themselves to small groups, even though he is best known for what he did for the Ellington big band.

Some of the performers brought out what could be considered a "gay" flavoring in Strayhorn's music, but most played it straight ahead. This concert was one of those rare occasions where a new shape was given to a composer's legacy. The musicians brought out a distinct complexity and range of emotional expression in Strayhorn's music, suggesting a new and unique jazz culture. It could prove to be a game-changing event, especially if someone had the wisdom to record it.

Due to other commitments, this reviewer could only sample a few of the other festival performances. The Bill Stewart Quartet amply showed Stewart's supremely accurate and imaginative (some call it "melodic") way of playing the drums, a rare embodiment of the driving power of Art Blakey and the polyrhythmic musicality of Elvin Jones. The compositions were all Stewart's own (with the exception of a "queer" version of Cole Porter's "My Heart Belongs to Daddy.") Stewart composes short phrases which challenge the group with shifts in time signature and texture and the transformation of the phrases into longer improvisations. The group was tightly coordinated in this respect. This reviewer was especially impressed with pianist Dave Carruthers' powerful use of dense harmonies and tone clusters to create a constantly shifting rainbow of sound colors around bassist Ben Street's intervallic jumps and leaps.