With only three albums released since first forming the group in the mid-to-late 1990s, drummer Brian Blade has managed to keep his Fellowship Band not just alive, but at the vanguard of contemporary jazz ensembles; an influential group whose performances are often so crowded by established and aspiring musicians, that the average jazz fan is faced with a hard time shoe-horning into a venue. Looking around the Nasjonal Jazzscene Victoria, there were plenty of drummers to be seen, including Per Oddvar Johansen (The Source, Trygve Seim Ensemble, Solveig Slettahjell) and Gard Nilssen (Mathias Eick Group, Puma, Bushman's Revenge), but there were plenty of just plain fans as well, for a festival closer whose unbridled excitement in the crowd was clearly matched by the energy and commitment happening onstage. 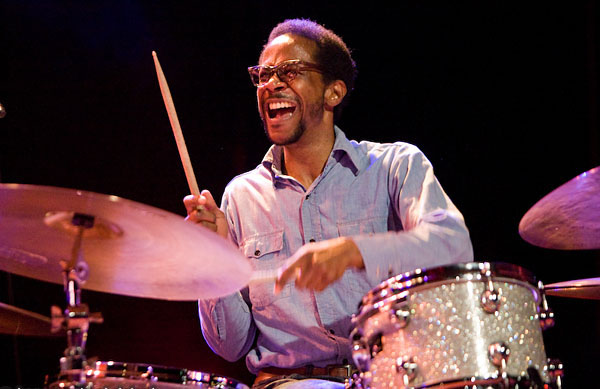 Blade has, since the early 1990s, grown to become one of his generation's most in-demand drummers, and not just in jazz. Along with being a member of saxophone icon Wayne Shorter's decade-old exploratory quartet, and performing in lesser-known but equally impressive groups led by bassist Scott Colley, saxophonist David Binney and organist Sam Yahel, Blade has been Daniel Lanois' first-call drummer for sessions with everyone from Bob Dylan and Joni Mitchell and the producer/guitarist's latest Black Dub project, not to mention the drummer releasing his first singer/songwriter record, the superb Mama Rosa (Verve, 2009). The context may vary widely, but it's clearly Blade's effervescent engagement and loose, interpretive approach that is the connecting tissue in his expanding body of work

Here—performing his own music and that of keyboardist Jon Cowherd—Blade is clearly at his most liberated, in a group that may, over the years, have gradually reduced from septet to a quintet, but which steadfastly and with clear camaraderie remains true, with one exception, to its original lineup. After the departure of pedal steel guitarist Dave Easley, there were times when guitarist Kurt Rosenwinkel—a rising star in his own right and the only replacement since the band's 1998 debut, Fellowship (Blue Note), joining for the subsequent Perceptual (Blue Note, 2000)—was unable to play, but rather than looking for a sub, Fellowship went on without a guitarist, so important has its devotion been to the individual and very specific voices that make up the group.

That said, the group's 2009 Montreal Jazz Festival performance was certainly fine, but seemed to somehow miss the added melodic voice of the absent Rosenwinkel. Not so in Oslo; sure, it would have been great to hear the guitarist stretch out alongside Blade, Cowherd, alto saxophonist/bass clarinetist Myron Walden, tenor saxophonist Melvin Butler and bassist Chris Thomas, but in a set that drew heavily on music from the group's recent Season of Changes (Verve, 2008), there was no feeling that a voice was missing at all. Instead, the quintet's instantaneous engagement was so immediately incendiary that it's actually possible the addition of yet another outstanding voice to the proceedings would have been too much for faint hearts in the audience to stand.

With Blade moving around his kit with a rare combination of fluidity and power, locking in tightly with Thomas to create vivid accenting punctuations that were like "hallelujahs" and "amens" in a church, the group's 90-minute set possessed its own kind of spirituality, and a collective transcendence that made every solo stand out, but with everyone collectively at the top of their game from start to finish. It may have been Walden taking a visceral solo on alto, but it was Thomas' unfailing and astute choices—and, at times, deep, in-the-gut glissandi that ended with a sharp exclamation from Blade—that drove the saxophonist to even greater emotional heights. Cowherd's lyrical pianism and avoidance of "look at me" gymnastics needn't imply that he wasn't unfailingly impressive; instead, when he did demonstrate greater virtuosity, it was so breathtakingly unexpected, that the audience could be felt pushing and pulling along with the entire band, releasing the same kind of almost unbearable tension when the pianist finally let go of relentlessly building ascending right-hand patterns, bolstered by strong left-handed clusters. Early in the set, Butler's solos seemed almost uncharacteristically subdued, but when he took a lengthy solo later in the show, building slowly on breathy, Ben Webster-like tone and Coleman Hawkins-like blues-centricity, it became clear that, like the rest of his band mates, the music came first, and everything else was secondary. 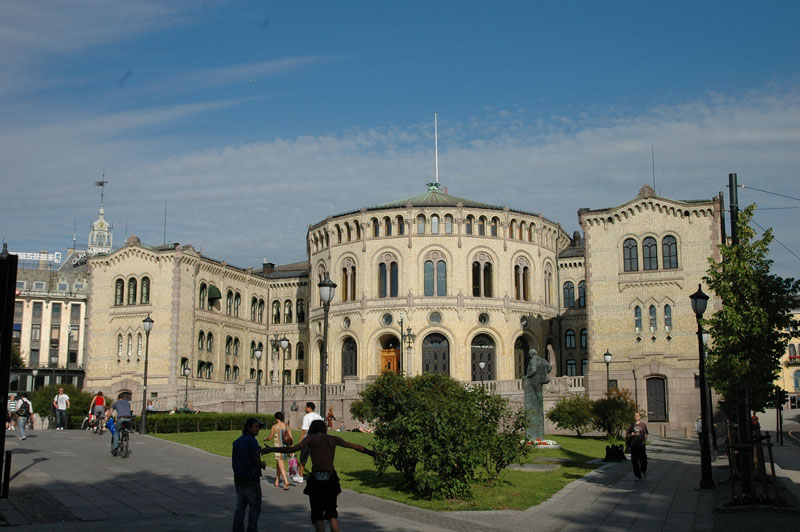 There were moments of imperfection: when Thomas entered early in the first tune of the set, his intonation was a little off. But it was exactly those kinds of flaws that made the set so exhilarating, and the best possible way to end coverage of the 2011 Oslo International Jazz Festival. With all its inherent risks, jazz is absolutely an imperfect art form, where performances can sometimes fail because taken risks don't always succeed. But the journey can be as important as the destination—more so, even, at times—and in the case of Brian Blade & The Fellowship Band, the rough edges that were clearly a fundamental of its members' pushing their individual and collective envelopes only made that journey all the more compelling, and the ultimate destination well worth the trip—both for the audience and a band whose members couldn't be accused of phoning a single nanosecond into its relentlessly thrilling performance.