By Dan Bilawsky
August 4, 2013
Sign in to view read count 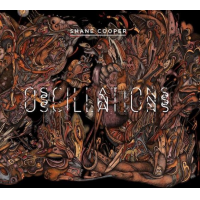 "South African Jazz" means different things to different people; to some, it's music that's smooth and pacifying, produced by artists like guitarist Jonathan Butler; to others, it's the music of icons like pianist Abdullah Ibrahim and trumpeter Hugh Masekela, both of whom became symbols of freedom during the apartheid era; and to a third group, that term represents a more open-and-modernistic slant on jazz. The list of musicians that fall into that last category include pianist Kyle Shepherd, guitarist Reza Khota, pianist Afrika Mkhize, trumpeter Marcus Wyatt, vocalist Nicky Schrire, and the man under discussion here—bassist Shane Cooper.

Cooper is a rising star in a jazz scene that's getting more and more attention in the international jazz press. Thus far, he's worked with every artist on the aforementioned list of modernists, written music for film and theater productions, and delivered electronic dance music, working under the name Card on Spokes; now, he can add leader-on-record to his résumé. Oscillations is the first album under Cooper's name and it's a winner, full of bracing lines, bold statements and inviting sounds.

This record comes on the heels of Cooper's crowning as the Standard Bank Young Artist for Jazz 2013, an award that carries a good deal of clout in South Africa's artistic community. And while the timing of the album release certainly capitalizes on the new-found attention surrounding Cooper in his homeland, the record would be buzz-worthy regardless of any award. Cooper creates music that's powerful, but not overbearing, and complex, yet accessible.

Some of the bassist's pieces, like "Broken Blues," benefit from the idea of elastic groove evolution, while others tend to run a straighter course, like "Drop Down/Deconstruct." Cooper is often content with simply laying down a riff, but he's equally comfortable grafting himself onto a saxophone line that's serving up melodic counterpoint against piano and guitar in odd metered territory, as in "Destination Unknown." When he stands alone, over hand claps on "The Herdsman," or in complete isolation on "Dead Letters (Reprise)," he delivers compelling statements that consistently reveal something new with each listen. The swing pulse is not central to his work, but Cooper demonstrates that he's more than capable of driving a band in swing-ish scenarios on "Oriah."

While Cooper deserves the lion's share of the credit for this album, his band members deserve a shout out. Khota delivers laser-focused solos that give off searing heat and pianist Bokani Dyer is a boon to the production in every way. Saxophonists Buddy Wells and Justin Bellairs, who both seem to have similar artistic sensibilities, bring energy and passion to the project, and drummer Kesivan Naidoo gives the music the kick that it's asking for.

After hearing Oscillations, the whole argument about defining "South African Jazz" seems meaningless. Why box something in when it deserves to roam far and wide like this triumphant debut?