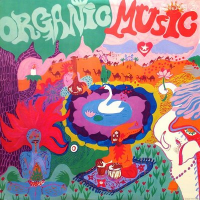 Reissued in analog splendor on vinyl, from the original 1972 release, free jazz trumpeter and saxophonist Ornette Coleman sideman Don Cherry renders an early world-music vibe, recorded in Sweden. These days, inferences to "organic" allude to the green movement which has become quite trendy in scope; however, in the hippie culture, organic was often the buzzword for drugs and was frequently cited within the psychedelic vernacular. Here, Cherry and his large ensemble intertwine the east-meets-west vibe for a set that covers a lot of ground and fuses intermodal concepts, spanning the avant-garde jazz spectrum, entrenched in highly melodic song forms.

Perhaps not the finest or most original composition on the album, the opening "North Brazilian Ceremonial Hymn" features eminent percussionist Nana Vasconcelos and other artists performing on indigenous instruments. However, Cherry captures the period via an extended mantra that summons memories of the transcendental meditation craze as the musicians vocalize across a path set down by berimbau parts, jangling bells, accenting cymbal hits, and plaintive cries. The free jazz element surfaces due to Cherry's scratchy and terse horn voicings. One of the more interesting factors throughout the production pertains to its cross-cultural sonic mix and Cherry's integration of free form processes. It's an enjoyable and sometimes amusing sonic experience amid a trip down memory lane for individuals who lived through the always enterprising psychedelic era.