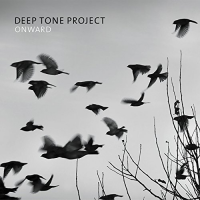 Another fine collection of contemporary jazz from the Ukrainian collective band Deep Tone Project. The personnel is unchanged from their first album Flow (Fancy Music, 2014). But the compositional input is even more democratic. Previously split between guitarist Aleksandr Pavlov and bassist Konstantin Ionenko, this time a third of the tunes come from the pen of tenor saxophonist Viktor Pavelko. Ionenko plays upright bass on all but two selections here, giving the group a richer, more acoustic sound than on their first outing.

Pavlov's aptly-named "Contemplation" opens the set with a gentle 6/8 lilt, with ample space for his guitar and Pavelko's tenor saxophone. "Dubious Pleasure" is more upbeat, and after a brief unaccompanied guitar introduction includes some overdriven guitar, recalling the overdriven jazz playing of John Scofield—overdriven doesn't have to mean fusion. Pavelko's first contribution is "Pacific Ocean," a true ballad which drummer Pavel Galitsky plays with brushes throughout.

"Megalomania" is built on an especially memorable ostinato pattern on the guitar, one of the few places where the composer's instrument takes a special role. Galitsky's tom-toms are prominent in Ionenko's "Torero Hallucinogene," which ends with a lyrical bass solo. And "Black Depth" again visits slightly more electric territory, with electric bass and overdriven guitar. The closer "Hope" does open with the composer on unaccompanied tenor sax. But it also includes a section for solo bass accompanied only by guitar.

It's great to see a cooperative band return with a recording even stronger than their debut. Good as the band members are individually—as composers and performers—they clearly gain even more strength from playing together. Looking forward to the next installment.