By BRUCE LINDSAY
November 23, 2013
Sign in to view read count 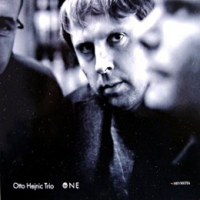 The Otto Hejnic Trio is that relatively unusual creature, a drummer-led piano trio. The group hails from the Czech Republic where One, its debut, was recorded in late 2011. It's an impressive first release. The trio—Hejnic, Ondrej Krajňák on piano and Josef Fečo on double bass—proves to be a tight and dynamic unit. The music, all Hejnic's original tunes, displays straight-ahead, Latin and European classical influences combined to create an album of varied moods and tempos performed with a consistently high standard of musicianship.

The compositions on One move from the gentle, meditative, sound of "Preludium For Angela" to the more aggressive, edgier music of "Labyrinth." The trio is more than capable of matching that movement.

"Skeleton Key" opens proceedings: a swinging tune driven by Hejnic and Fečo's loose-limbed rhythm. "Silver Rain" is a lyrical ballad, Krajnak's piano melody graceful and flowing. "Long Time Ago" evokes a more melancholy mood, Krajňák leaves more space, his playing sounding more considered and thoughtful. "Born In August" and "Sough" are contrastingly hard-hitting affairs—Fečo's bass playing coming across especially strongly as all three players drive the tunes along with impressive precision given the frantic tempos on display. The twists and turns of "Matyas" move the tune through its sonically rather dark opening chords to a gentler and more optimistic theme while the lengthy "Space Of Leaf" seems, through the interplay between the three musicians, to trace the gradual and graceful fall of a leaf from tree to ground.

"Preludium For Angela" reveals Hejnic to be a pianist of some talent, as well as a drummer. The tune is a solo piece, slow tempo and for the most part revealing once again that gentleness and space that's found in "Long Time Ago." Hejnic may lack Krajňák's lightness of touch, especially in the left hand, but his playing has an admirable honesty and directness. It's a lovely, if downbeat, end to One.