Blood, Sweat, Drum + Bass: On the Road to Damascus 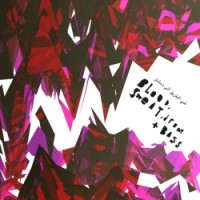 A study trip to Damascus in 2010 by Blood, Sweat, Drum + Bass's founder Jens Christian "Chappe" Jensen resulted in the east-meets-west On the Road to Damascus, the 27-piece Danish big band's 5th recording. The labyrinths of the ancient walled city—with its souks, cobbled streets and towering mosques—and the rhythms of the modern metropolis alike may have provided the initial impetus, but Jensen's love of modern textures—notably rhythmic—and his artful arrangements bestow a personal vision on these Arabian tales in much the same way that composer/bandleader Duke Ellington did on his own more exotic suites.

"I return to Damascus

Riding on the backs of clouds

Riding the two most beautiful horses in the world

The horse of passion

The horse of poetry

I return after sixty years

To search for my umbilical cord"

The full voice of the big band—stoked by western rhythms—makes a strong unified statement before making way for Overegseth and Qabbani's verse once more.

There's a nod to Ellington on "Oud Indigo," particularly in the trumpet arrangements, but Sofus Forsberg's edgy electronics and the double rhythm section's urban beats lend a contemporary ambiance. Oud—underpinned by subtle electronics and suave reeds—and ney—driven by drum and bass—deliver exhilarating solos, but it's the punch of the brass and the swirling maelstrom of the full ensemble that sets the blood racing. "Sufi" begins with a plaintive intro from trumpeter Hans Erbs and vocalist Turid Guldin but soon gives way to an infectious dance groove with Samuel Hejslet on EWI and Rahal's ney providing contrasting textures.

Moroccan Gnaoui music and the blues—courtesy of Chappe's harmonica—mingle with Arabic melodies on "Bluesy Gnaoui"; Rahal, and Ole Visby on soprano saxophone take extended solos over spare percussion. "The Courtyard of Al Azem" is another slow burner, colored by deep reed pulses. Solos take a back seat to ensemble might in this atmospheric evocation of the 18th century Ottoman palace. An earthier side of the Blood, Sweat, Drum + Bass surges forth on the Jimi Hendrix-inspired, Arabic tinged "Damascus Crosstown Traffic"; guitarist Kasper Falkenberg lets rip with suitable abandon and trombonist Jens Kristian Bangs responds with a more measured, bluesy solo as the big-band lends thunderous support.

"I Return to Damascus (reprise)" returns the music to its source, with oud and ney beguiling as these instruments have for almost 5,000 years. Overegseth revisits Qabbani's verse in a fitting closing salute and lowers the veil on what's surely one of the most original and satisfying big band recordings of the year.