Folk music seems like jazz in one way: It's almost too easy to leave open-ended the debate, "What IS it?" One possible definition that doesn't really answer the question: Folk music is music played mainly with traditional, acoustic instruments, music that is listened to by folks. It cannot truly be that simple...can it?

Lifelong friends Jorma Kaukonen (guitar and vocals) and Jack Casady (bass) have been playing music together since the 1950s. They were founding members of Jefferson Airplane, leaders among the first wave of psychedelic rock bands to blast off from the US West Coast in the early 1960s. Their contributions — especially Casady's Bolero bass that ushers in "White Rabbit" on little cat feet, and Kaukonen's acoustic guitar instrumental "Embryonic Journey" — construct essential parts of the Airplane carriage.

Devotees of American roots music like blues, spirituals, Dixieland and traditional songs — for our purposes, American folk music — Casady and Kaukonen played occasional gigs, while serving in the Airplane, as a folk-rock sideband they called Hot Tuna. As the early 1970s turned into the mid-70s, the mettle in Jefferson Airplane slowly twisted, shaping rock rabble-rousers into pop chart-toppers Jefferson Starship. Hot Tuna became the pair's primary gig. (Much like how the Modern Jazz Quartet grew from brief mid-concert sets by John Lewis, Milt Jackson, and the rhythm section, sets designed to give the Dizzy Gillespie horn section fifteen to twenty minutes to catch their collective breath.)

Come to think of it, there's not too much more to write about, is there? 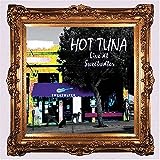 Like a great pianist, Jorma's hands make one acoustic guitar sound like an orchestra — his "left hand" strums the rhythm and sets the chords while his "right hand" layers in solo riffs and gentle fills. His technique adorns in splendid acoustic jewelry such classics as the opening "Whinin' Boy Blues" (Jelly Roll Morton) and "Nobody Knows You When You're Down and Out" — their sentiments and tunes as relevant today as they were decades ago and will most likely remain for decades to come, too.

They also whip out more than the obscure, such as Jorma's solo "Embryonic Journey" and a jackboot stomp through "Maggie's Farm" that snarls with all the murderous contempt of Bob Dylan's seething original, dragging Bob Weir (Grateful Dead) through the carnage, kicking and screaming on lead vocals and guitar.

The level of musicianship is evident not just from Jorma's pedal steel in "Bank Robber" — which shivers, whispers, and sighs — but from his very introduction to this tune: "This is kind of a reggae song. The first version I heard was a punk rock version. So we sort of turned it into an Appalachian mountain folk song..." (ed. note: As the Clash, Joe Strummer and Mick Jones reworked this as "Bank Robber / Robber Dub," ultimately released on "Black Market Clash").

"Praise the Lord and Pass the Snakes" spits and writhes with Jorma's famous electric guitar, a toothsome psychedelic buzzsaw, to close this first Sweetwater set. 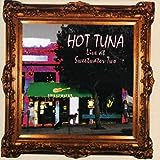 Recorded one year later (1993), Two also brings Jorma and Casady together with Falzarano and Sears, Weir and Muldaur, plus guests Happy Traum, saxophonist Kieth Corssanon and a gutbucket bassist listed as Bobaloo. Someone not credited rolls out barrelhouse piano.

The band played a set list completely different from the 1992 recording, and this 2004 reissue makes available previously unreleased versions of "Trial by Fire," "Too Many Years," "Walkin' Blues" and the set-ending "Folsom Prison Blues" (Johnny Cash).

Kaukonen's rhythmic and harmonic resolution in the opening "Hesitation Blues" sounds very much like ragtime, a mood reinforced by the Jelly Roll Morton song, "Dime For Beer," which immediately follows, this time with Casady's bass sort of playing the "piano left hand." Casady's one-note lines in "99 Year Blues" suggest the tuba part in a Dixieland band until his rare solo turn, an impeccable and vibrant mix of up-tempo rock and walkin' blues.

This joyous romp through "San Francisco Bay Blues" (Jesse Fuller) sounds like ragtime, too. It also sounds like a solo Jorma jaunt, but it isn't — Kaukonen plays so telepathically with Casady that it only SOUNDS like they're sharing a single pair of hands.

"Death Don't Have No Mercy," another Rev. Gary Davis song, is about as bluesy a spiritual song, or as spiritual a blues song, as you are likely to hear.

Its last three tunes rampage Two to its conclusion: "AK-47" unleashes screaming electric guitar blues, Jorma shredding molten chords and lead lines into shiny, sharp metallic shards. Corssanon's honkin' sax busts "Folsom" down into a country hootenanny. Between these two, "Parchman Farm" (variously credited to Bukka White or Mose Allison) simply hammers out its no-frills blues riff until it assumes almost irresistible hypnotic power. It scrambles like a prison break through a freeform middle passage until piano, bass, and guitar reconvene the chords to bring the prisoners back in formation. Hard, for real, blues. 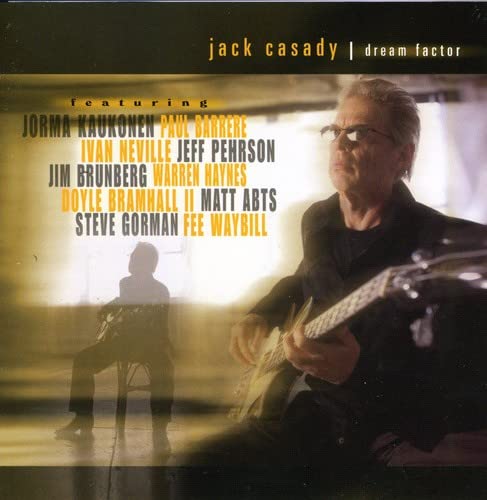 Fans who wish to hear more of Casady or from Jorma's electric might also explore this first (and so far only) solo record by Casady, a mix of country harmonies and rock rhythms released in 2003.

Bass players almost always need plenty of guests to round out their solo records, and Casady proves no exception. Jorma sits in on acoustic lead with Paul Barere (Little Feat) on acoustic rhythm in the plaintive "Listen to the Wind." Barere also carves up the opening rocker "Paradise" with razor-sharp slide guitar leads.

In "(The Week I Spent a Month in) Sweden," Kaukonen spits out electric guitar leads from the left channel in a duel with guitarist Warren Haynes (Gov't Mule) who seethes out of the right. Psychedelic and white-hot, this is Jorma's classic electric blues-rock sound.

Haynes proves the real guitar star of this set through his raveup in the six-minute instrumental "Outside," rock-jazz that springs to life from Casady's fleet, thumping fingers, Jeff Beck fusion style. "Daddy's Li'l Girl" thunders with echoes of the classic rock power trio Cream — bass doubling the guitar as it scalds a blues scale — featuring seminal blues-rock bassist Jack Bruce, a powerful player to whom Casady is often compared. 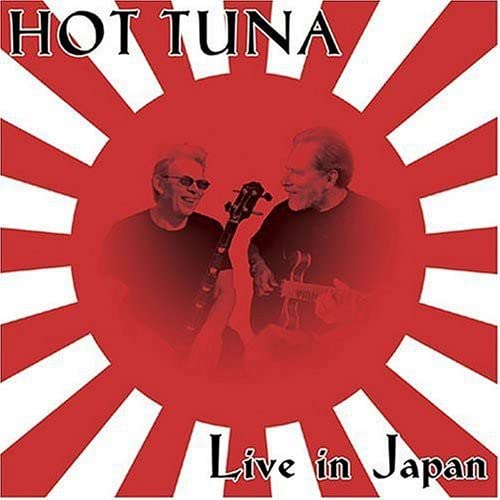 Recorded in January 1997 and originally released in 1998, Japan adds drummer Harvey Sorgen to the Jorma, Casady, Sears and Falzarano team — sort of.

As Jorma recalls in his liner notes: "The venue was so small that they had to remove the window behind the stage so the band could climb through it. You can't make this stuff up. The stage was so tiny that Harvey Sorgen, the drummer, played a cardboard box instead of his kit."

Kaukonen roars in fine singing voice, carving roughhewn vocals against hard blues guitar, dancing through a solo made from equal parts of blues and bluegrass, in the opening "Walkin' Blues" (Robert Johnson).

The previously unreleased version of "Parchman Farm" that follows is just about the best thing from any of these sets: Soulful southern organ doubling the blues riff drives home the sweet country tang of Booker T. & The MGs' "Green Onions," then the band rages like a tempest through the psychedelic middle passage until those tangy chords reconvene the congregation on the blues melody. Jorma's vocal roars like an old blues lion with at least one more good fight left in him.

Japan offers many other first-rate acoustic guitar blues and spirituals: Fuller's ragtime "San Francisco Bay Blues," the surprisingly on-topic and timely traditional "Uncle Sam Blues" (with lyrics like, "Uncle Sam ain't a woman/ But he sure can take your man..."), Jorma's "True Religion" (one more great, gruff blues vocal) and "Keep Your Lamps Trimmed and Burning" (another Rev. Davis spiritual). This set's hootenanny comes courtesy of "Let Us Get Together."

It also delivers two numbers that no serving of Hot Tuna should be without: A strongly ragtime version of "99 Year Blues" featuring a mid-song duel between Jorma's guitar and Jack's bass that simply leaves the listener in amazement, and Jorma's stark, menacing epic "Ice Age."

Hot Tuna From the Inside Out Chris M. Slawecki United States 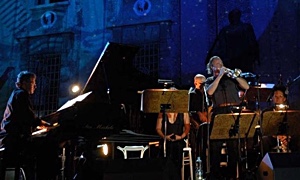 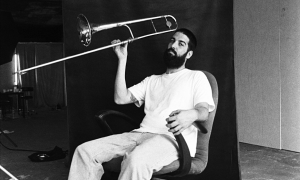 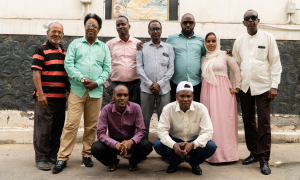 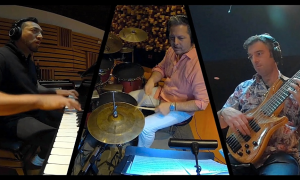