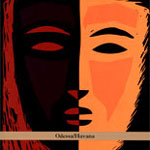 How is it possible to create a fusion between Jewish and Cuban music? The two cultures seem to be at odds with each other—the laid back, relaxed syncopation of the Latin tradition and the spiritual urgency of the Jewish faith and its music. Canadian trumpeter David Buchbinder, however, successfully achieves just such a combination on his collaboration with pianist Hilario Durán, Odessa / Havana.

The recording does not merely take certain elements from each tradition; rather, it encompasses, or fuses the two cultures. Buchbinder and Durán take the listener on a journey from the salsa, rumba and son of Cuba, through the hills of Spain and other areas of Europe where the Jews settled, and into the heart of Israel and its modal klezmer music. The end result is a cohesive, informative album that innovates while staying surprisingly accessible. It's also a breathtaking journey that suggests these two disparate musical cultures have more in common than meets the eye.

The opening tune, "Lailadance," encapsulates the entire record. It begins with a slow vamp played by Durán and accompanied by bassist Roberto Occhipinto. Buchbinder enters over the rest of the band; his melody envisions a Cuban man in a white suit strolling lazily down a moonlit street. Suddenly, but imperceptibly, the music changes and the entire band (composed of trumpet, piano, flute, violin, bass, drums and percussion) joins in for the true melody—a salsa-infused line that is simply taken over by the klezmer feel, building with each repetition until a frenzied tipping point is reached. All the while, in the background, the drums and percussion keep a meandering salsa beat. The track is a revelation, and the rest of the album confirms that this is not an aberration.

Every song on Odessa / Havana is danceable, but how to dance? Are we at a nightclub or a Jewish celebration? Is there a step to be followed? Even the frantic "Freylekh's Tumbao," the closest thing on the album to overtly Jewish music, has clever interludes that would leave a Jewish celebrant scratching his head and wondering if he had come to the right party.

Through it all, this album is pure jazz. In no other musical idiom could this music thrive. Improvisation is the glue that melds the two cultures together, breaking all barriers and eliminating any feeling of resistance to such a unique combination. Buchbinder and Durán have succeeded in creating a precedent that others are sure to follow, but until they do, Odessa / Havana is enough to whet the appetite of world music lovers everywhere.