By GLENN ASTARITA
October 27, 2015
Sign in to view read count 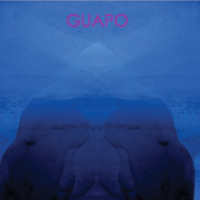 This British band sports a colossal sound as they merge discrete flavors and variations of progressive rock into a singular or rather idiosyncratic group focus on its tenth release and third production for Cuneiform Records. With mesmeric minimalism, doomsday crescendos and certain movements built on math rock, the coalescence of keyboardist Emmett Elvin with guitarist Kavus Torabi spawns devastating overtures, evidenced on this one-track extravaganza that is sectioned into contrasting passages.

The frontline launches the assault with howling licks and droning ostinatos above the rhythm section's bursting and thrashing beats, leading to a merciless sonic expo, spiced with buoyant overtones, that could foretell an impending Armageddon. Elvin's fluent and capacious electric keys and synth work prominently counterbalances Torabi's hefty distortion techniques and mashing chord maneuvers as the group remains dexterous yet bolstered with a sound that is unforgiving and pungent.

James Sedwards' monster bass lines generate a bulging impetus and guest woodwind artist Michael J. York, presumably plays the bagpipes on one motif amid a barrage of streaming EFX. However, deep down inside, the musicians sustain melodic backdrops and understated themes that colorize the proceedings via jaunty shadings.

One of the final movements is designed with thrusting and excitable riffs. Here, fluid walls of sound and more trancelike ostinatos augment the ravenous lead soloing episodes, perhaps framed on social chaos or general calamity. Nonetheless, the ensemble renders a turbulent but highly structured program, sparking a continuum of zinging instances that will sizzle your neural network. PLAY IT LOUD.