By MARK CORROTO
September 12, 2018
Sign in to view read count 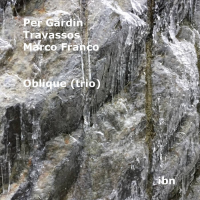 You've come to expect a music review to direct you to pay close attention to a particular passage or solo in a recording. But what if a commentator suggested the best manner to appreciate a recording was to dissipate one's attention and dissolve it into the ether? How would you then experience the music? Would it be through touch, taste, or sight? Certainly not through smell.

The trio of Per Gärdin, Travassos, and Marco Franco want you to consider the possibility that we all possess a sixth sense, an inexplicable awareness beyond normal perception. Their album was recorded during a flurry of music making by Swedish saxophonist Per Gärdin in Portugal, which produced History of The Lisbon Chaplaincy (Creative Sources, 2017) and Oblique Mirrors (ibn Musik, 2015).

The suggestion of a sixth sense, or ESP, is a clue as to what the trio's scheme is on this recording. Spontaneous improvisation, yes. But they also give the impression this music exists apart from its analog wave or conversion into a stream of numbers. Gardin's saxophone glides as it keeps an almost constant chatter of energy throughout. Travassos keeps a smoldering cauldron of electronics from boiling over, as Franco is occupied with the business of herding a collection of percussive sounds. The energy center of the music is well guarded, as perception of it is oblique. The trio is juggling some musical spheres here, keeping an illusory dream aloft throughout. At least, that is what is imagined.

About Per Gärdin / Travassos / Marco Franco