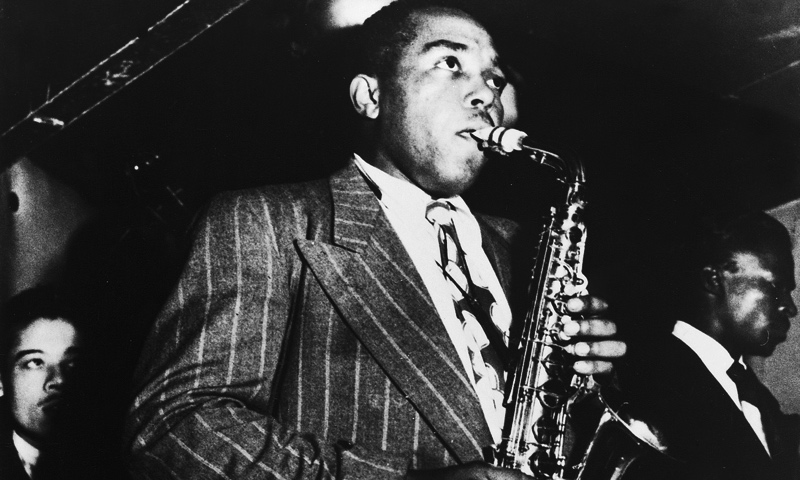 The life and times of a minor jazz legend are recounted through his narrated memories. In this fictional treatment of jazz music in the mid-to-late 20th century, issues of race, creativity, addiction and, ultimately, redemption, are explored. With a title taken from the immortal Charlie Parker tune, "Now's The Time" is an extended meditation on the artistic life.

You can never go back to sleep.

No, not once your soul has been awakened.

What about a legacy? Something beyond the music, something that was larger than he was and more important than even his music. Something that was alive, and grew stronger every day. Every time a kid practiced, or someone listened to one of those records, his soul filled up that much more. That is how you keep it alive. The process was slow, but steady. He learned that reading books was the best way to feel the way he used to feel, without doing any of the things he used to do. He read every book he had time to read. Poetry, he said. People need to get them some poetry and take a taste of what these fellows figured out a long time ago. Brother Hughes and Brother Baldwin were writing! Singing jazz with words before we all played it with instruments. I've known rivers. Ancient dusky rivers. My soul has grown deep like rivers. That's what I'm talking about! You know what I'd like to do? Someday before I die it would be a riot if I could get hold of some type of sound system, like those DJ's use in all the noisy dance clubs. I'd set it up on top of one of them skyscrapers downtown and point the speakers down on the people below. I'd wait 'til rush hour, 'til the streets were nice and jammed with all the cars and commuters, and then I'd just turn it loose. Full blast, right down on all of them. What would I play? Oh, I don't know, maybe throw a little Bird at them. "Now's the Time" loud and proud at rush hour, I think that would work! A little Bird never hurt nobody; in fact, it did a whole lot people a lot of good. After a while, he felt his spirit return. It was almost as though he could hear it snap back into his body, into his consciousness. And only then was he able to start listening to music again.

He'd get stopped in the street, on occasion. Some folks still recognized him. But these encounters rarely lifted his sagging spirits; if anything, they embarrassed him. He could discern the pity, or incredulity in the faces of the ones who knew who he was, but couldn't believe such a relatively young man could look so old, so tired. He was sad because he knew the truth of what their eyes expressed: the cat they used to call Pretty Boy wasn't pretty no more.

He's there, but he's here. A memory playing out in the here and now.

The second set was the scorcher, the real test.

He hears his song, but it sounds somehow different; and then, he realizes, he isn't just listening, he's playing.

It is dark, but the light—that glorious bright beam—is focused on him as he propels into the solo, the familiar groove of his boys, his band, behind him. He leans down and sees his horn, glistening and refracting the gaze of his own eyes.

And then he knows where he is, and what he's there for. This is his song, the song, which means it's the end of the set. Swan song, last call, second encore; the end of the night. He feels the momentum of the crowd—pulling him in and pushing him along—as he shuts his eyes tightly and brings the song back home...

He is at home: Philly, it is dark outside the window...his bedroom; and his father is lying beside him, his large, weathered palms firm, but gentle, rubbing the back of his head. His head is on his father's chest and he can smell his father's scent, the musky, mild aroma of cologne and the tobacco from his pipe: the smell of his house, the smell of his childhood. And his Pops is speaking to him, soft and slow: That's a boy, that's my big boy...you almost a man, but right now you're my boy, and no matter how big you get you always gonna' be my little man...now get to sleep. It's all right; I'm here...

He opens his eyes but he's still playing, and he knows exactly where he is, and where he's going...

He is on the bus, back in the bus and it's late—everyone around him is asleep, and the windows are down but it's still hot. Somewhere in the South. You could always feel it as well as smell it in the air: pine trees and asphalt and gasoline and smoke, the breeze off the creeks passing that moldy smell of moss and water and mud through the morning sky, dark and quiescent, alive and pulsating with all the stars, the stars of the southern skies...

And the band sounds tight, he's never played this good before. Go on SweePea, blow it baby...Yeah! Come on now...Take us home Sweets! Yeah I'm here. I'm bringing it...

Lying in bed; another night with no sleep. Older now, alone again, watching and waiting for something, and then suddenly she is there, smiling at him and speaking—it's been so long since he's heard her voice! It's okay baby, she says. You've got to get on with your life; you still have work to do. It's okay, she says, you need to play again, and play some more after that. You haven't done all you can do yet. You got a lot more living and a lot more learning, and I want you to do it. That's why you can't sleep, she says, Because it's inside you, trying to get out. You've got to let it out, let it all out, and be good to yourself again. Don't do it for me, she says, and don't do it for nobody else—do it for you...

And now maybe he's imagining it, or else they are still hollering at him, letting him know they're there. Come on SweePea, we hear you...Come on now! He can't open his eyes, he doesn't want to. There you are, son! We right here, come on now brother! He doesn't want it to stop. He hears his name, behind him, in front of him. There's the music—still—but there's more: the noise is exhilarating. Again he hears his name being spoken, but softly now, and the voice is kind. Different, yet familiar. He opens his eyes and looks around, and the darkness turns to light.

He can hear what the nurse is saying, but it sounds like she's speaking from across the room. He wants to tell her that she didn't have to talk, that it was all right. He tries to speak the words that he can hear himself thinking, but for some reason he's unable to make the sound come. It doesn't matter, he realizes: he'd said all he needed to say, he'd done all he had to do. He has no complaints. He looks down and wishes he could tell the nurse to pull the white sheets away: he wants to look at his body one last time, to see the shuttle that had carried his soul along, the sturdy frame which had treated him better than he treated it. It did what it had to do; it got him where he needed to go. And now that it's over, (Now's the time, he thinks, suddenly realizing what is about to happen; what has already happened) it didn't really matter whether he saw it again: when he closes his eyes, he knows, he'll be able to see it. He'll be able to see everything. He thinks it would be nice to smile, to signify that he was okay, that it was going to be all right, for suddenly he was experiencing no sorrow or pain in fact it was as though his body had fallen away...

He was gone. He'd already joined the others. The ones who had indeed waited for him, wherever it was they'd gone, ready to lead him along the journey they couldn't all enjoy together the first time around. 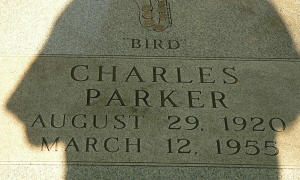